“ War is a contagion, whether it be declared or undeclared. ”
Franklin D. Roosevelt, Quarantine Speech (5 October 1937 ). copy citation

“No nation which refuses to exercise forbearance and to respect the freedom and rights of others can long remain strong and retain the confidence and respect of other nations. No nation every loses its dignity or its good standing by conciliating its differences, and by exercising great patience with, and consideration for, the rights of other nations.
War is a contagion, whether it be declared or undeclared. It can engulf states and peoples remote from the original scene of hostilities. We are determined to keep out of war, yet we cannot insure ourselves against the disastrous effects of war and the dangers of involvement.” source

“There is no such thing as foreign or civil war; there is only just and unjust war.” Victor Hugo, Les Misérables

“When you surround an army, leave an outlet free. Do not press a desperate foe too hard.” Sun Tzu, The Art of War 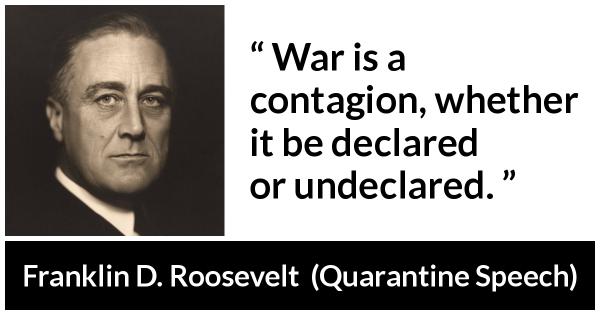 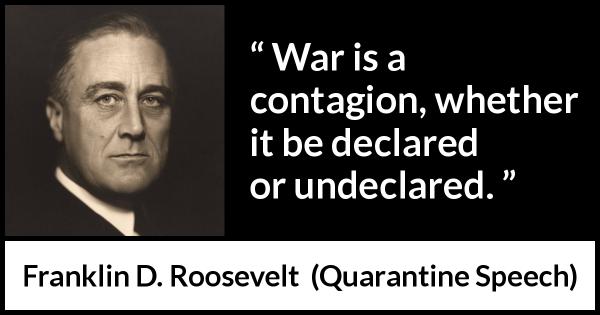 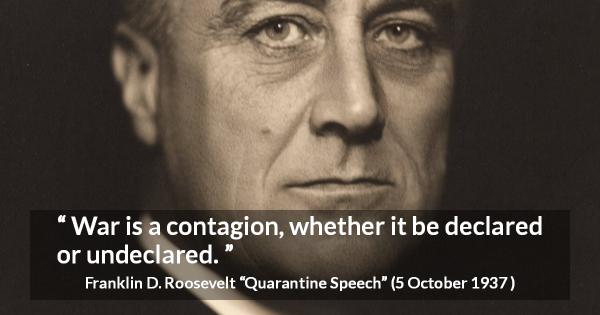 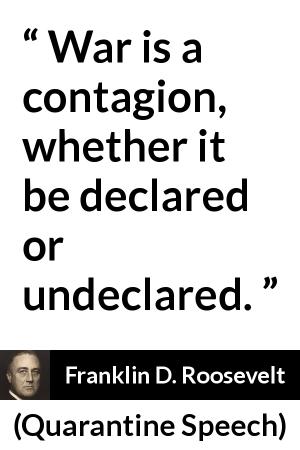 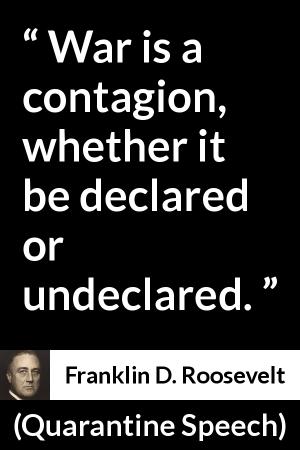 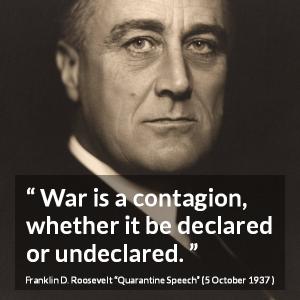