“ In conclusion, the arms of others either fall from your back, or they weigh you down, or they bind you fast. ”
Niccolò Machiavelli, The Prince (1532). copy citation

“David offered himself to Saul to fight with Goliath, the Philistine champion, and, to give him courage, Saul armed him with his own weapons; which David rejected as soon as he had them on his back, saying he could make no use of them, and that he wished to meet the enemy with his sling and his knife. In conclusion, the arms of others either fall from your back, or they weigh you down, or they bind you fast.
Charles the Seventh,(*) the father of King Louis the Eleventh,(+) having by good fortune and valour liberated France from the English, recognized the necessity of being armed with forces of his own, and he established in his kingdom ordinances concerning men-at-arms and infantry.” source

“I ought not to fear to survive my own people so long as there are men in the world; for there are always some whom one can love. But the power of love itself weakens and gradually becomes lost with age, like all the other energies of man.” Anatole France, The Crime of Sylvestre Bonnard 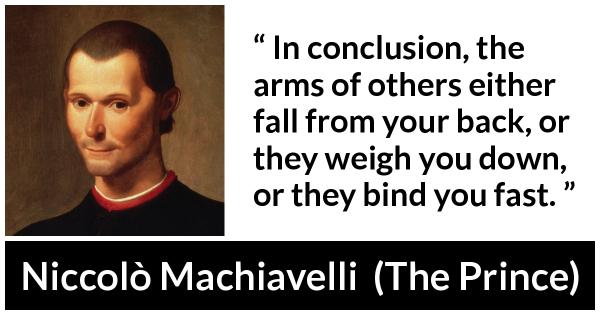 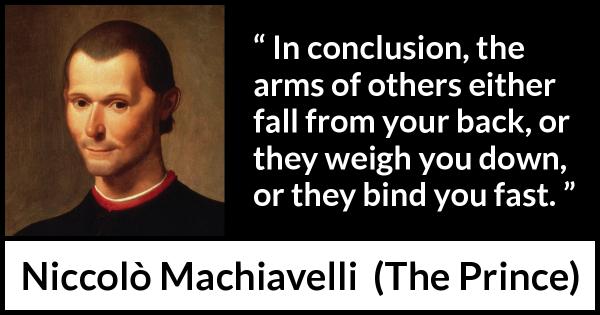 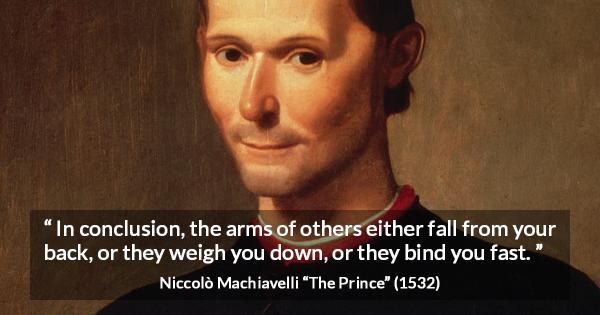 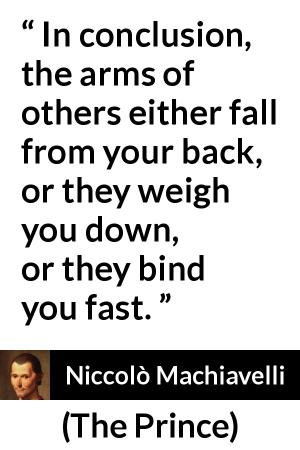 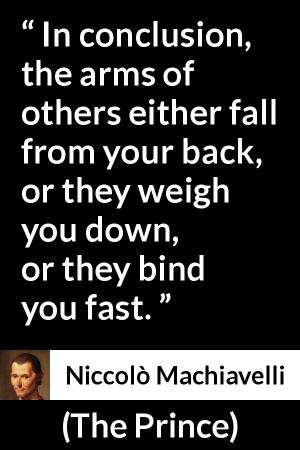 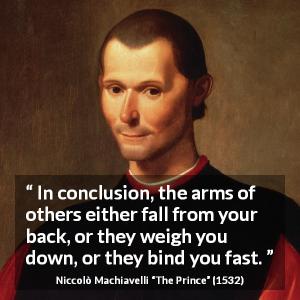