“ The government, which was designed for the people, has got into the hands of bosses and their employers, the special interests. An invisible empire has been set up above the forms of democracy. ”
Woodrow Wilson, The New Freedom (1913). copy citation

“Politics in America is in a case which sadly requires attention. The system set up by our law and our usage doesn't work,—or at least it can't be depended on; it is made to work only by a most unreasonable expenditure of labor and pains. The government, which was designed for the people, has got into the hands of bosses and their employers, the special interests. An invisible empire has been set up above the forms of democracy.
There are serious things to do. Does any man doubt the great discontent in this country? Does any man doubt that there are grounds and justifications for discontent? Do we dare stand still? Within the past few months we have witnessed (along with other strange political phenomena, eloquently significant of popular uneasiness) on one side a doubling of the Socialist vote and on the other the posting on dead walls and hoardings all over the country of certain very attractive and diverting bills warning citizens that it was "better to be safe than sorry" and advising them to "let well enough alone."” source 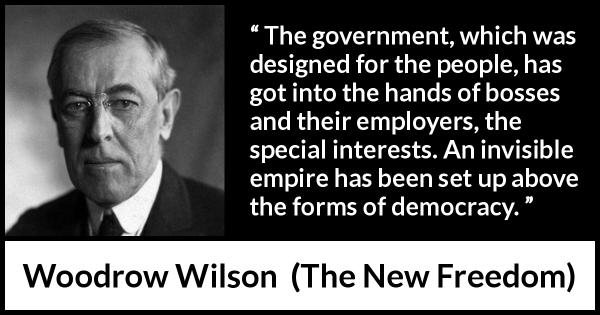 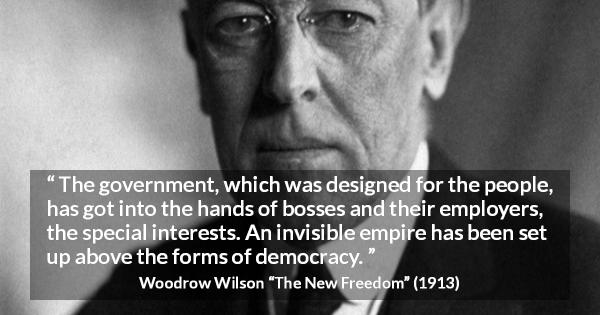 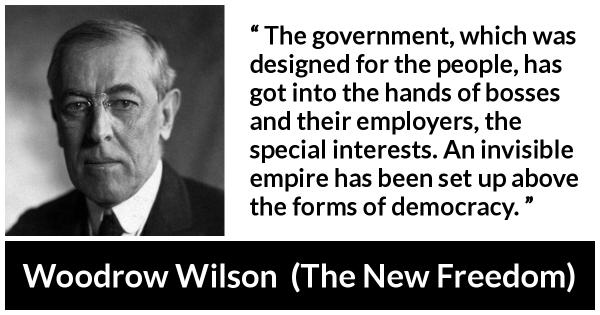 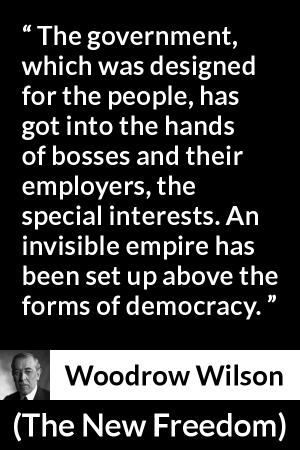 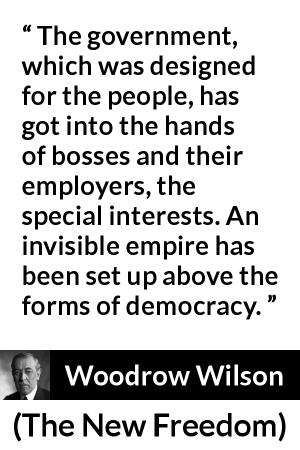