“ The trouble with the theory is that government is not a machine, but a living thing. ”
Woodrow Wilson, The New Freedom (1913). copy citation

“Politics in their thought was a variety of mechanics. The Constitution was founded on the law of gravitation. The government was to exist and move by virtue of the efficacy of "checks and balances."
The trouble with the theory is that government is not a machine, but a living thing. It falls, not under the theory of the universe, but under the theory of organic life. It is accountable to Darwin, not to Newton. It is modified by its environment, necessitated by its tasks, shaped to its functions by the sheer pressure of life.” source

“In this present crisis, government is not the solution to our problem; government is the problem.” Ronald Reagan, Inaugural Address

“I draw my idea of the form of government from a principle in nature, which no art can overturn, viz. that the more simple any thing is, the less liable it is to be disordered; and the easier repaired when disordered” Thomas Paine, Common Sense

“The whole art of government consists in the art of being honest.” Thomas Jefferson, A Summary View of the Rights of British America

“Philosophy is not a theory but an activity.” Ludwig Wittgenstein, Tractatus Logico-Philosophicus

“It is our belief that the state is the servant of the citizen and not his master.” John F. Kennedy, State of the Union Address 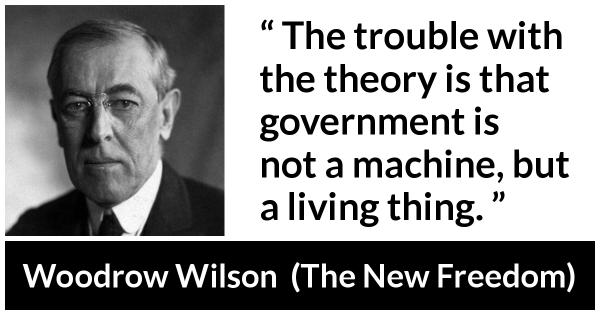 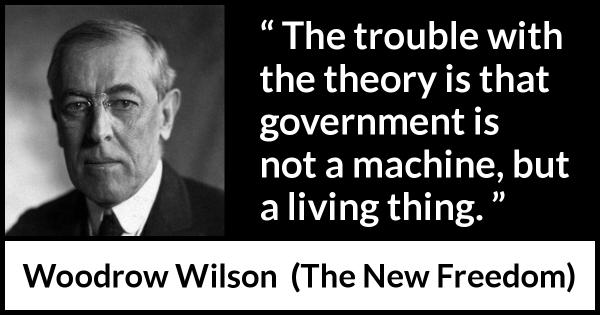 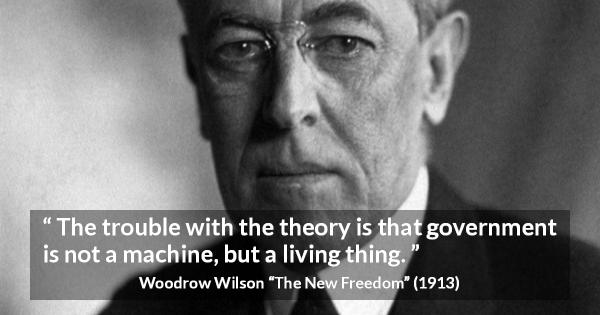 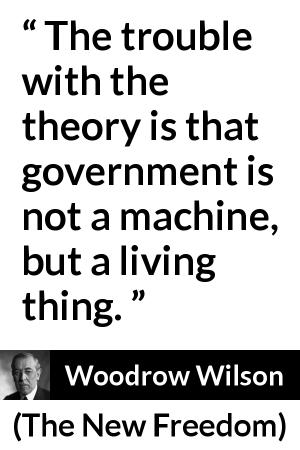 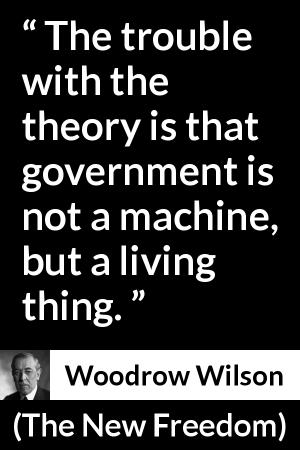 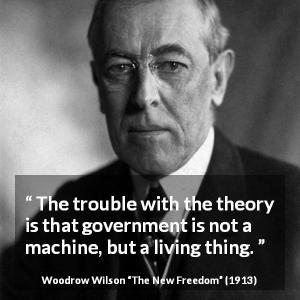