“ Things which are accidentally the causes of hope or fear are called good or evil omens. ”
Baruch Spinoza, Ethics (1677). copy citation

“and xliii.
PROP. L. Anything whatever can be, accidentally, a cause of hope or fear.
Proof.—This proposition is proved in the same way as III. xv., which see, together with the note to III. XVIII.
Note.—Things which are accidentally the causes of hope or fear are called good or evil omens. Now, in so far as such omens are the cause of hope or fear, they are (by the definitions of hope and fear given in III. XVIII. note) the causes also of pleasure and pain; consequently we, to this extent, regard them with love or hatred, and endeavour either to invoke them as means towards that which we hope for, or to remove them as obstacles, or causes of that which we fear.” source

“false words are not only evil in themselves, but they infect the soul with evil.” Plato, Phaedo

“Rather do I fear to lose truth by this pretension to possess it already wholly.” William James, The Varieties of Religious Experience 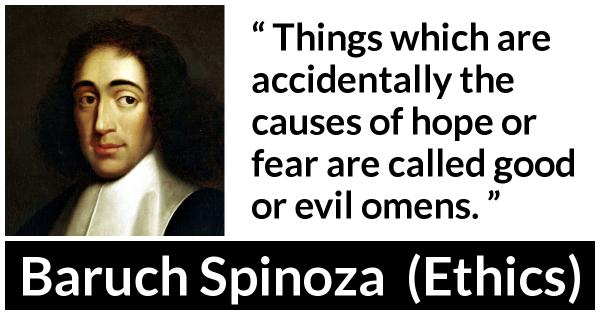 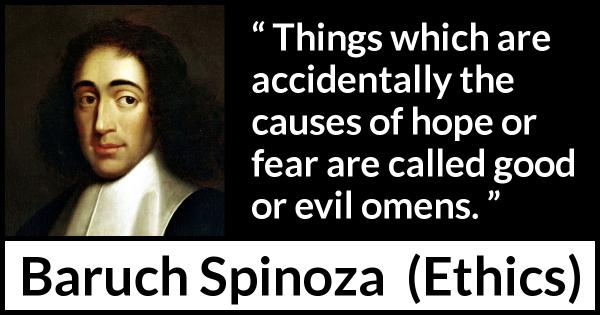 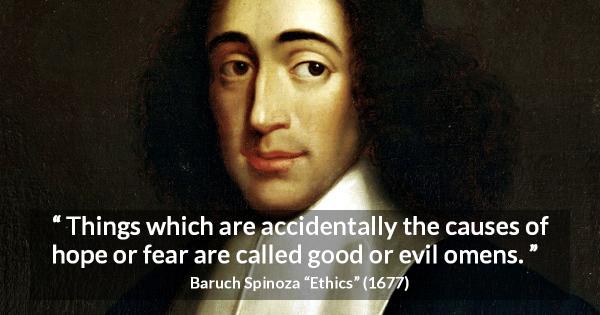 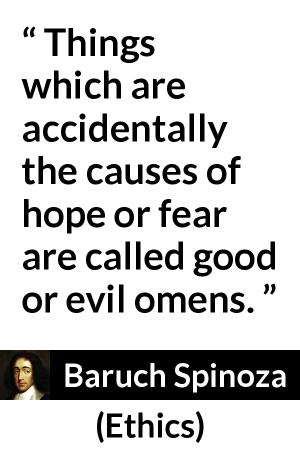 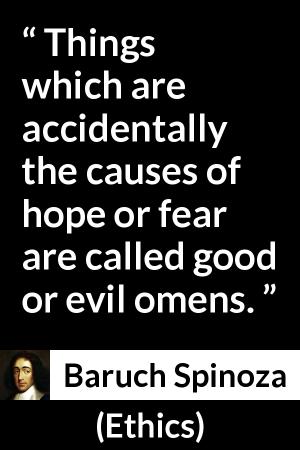 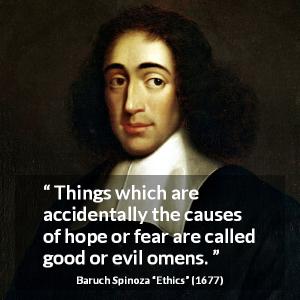