“ Someone has said that it requires less mental effort to condemn than to think. ”
Emma Goldman, Anarchism and Other Essays (1910). copy citation

“Nor is he aware that Anarchism, whose roots, as it were, are part of nature's forces, destroys, not healthful tissue, but parasitic growths that feed on the life's essence of society. It is merely clearing the soil from weeds and sagebrush, that it may eventually bear healthy fruit.
Someone has said that it requires less mental effort to condemn than to think. The widespread mental indolence, so prevalent in society, proves this to be only too true. Rather than to go to the bottom of any given idea, to examine into its origin and meaning, most people will either condemn it altogether, or rely on some superficial or prejudicial definition of non-essentials.” source

“There are no evil thoughts except one: the refusal to think.” Ayn Rand, Atlas Shrugged

“It is surely better to pardon too much, than to condemn too much.” George Eliot, Middlemarch

“Toleration . . . is the greatest gift of the mind; it requires the same effort of the brain that it takes to balance oneself on a bicycle.” Helen Keller, The Story of My Life

“True, he said; how could they see anything but the shadows if they were never allowed to move their heads?” Plato, The Republic 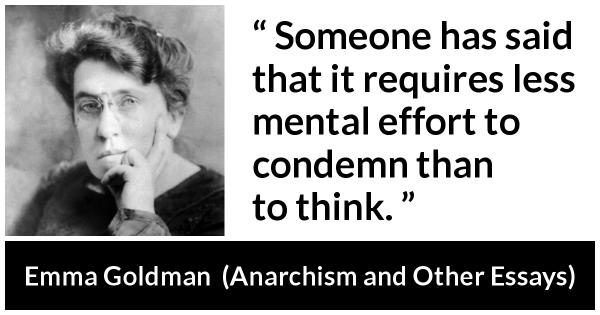 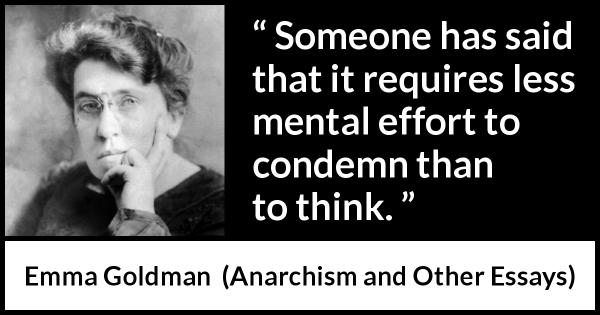 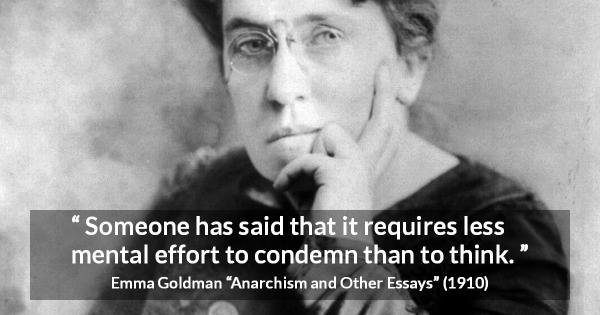 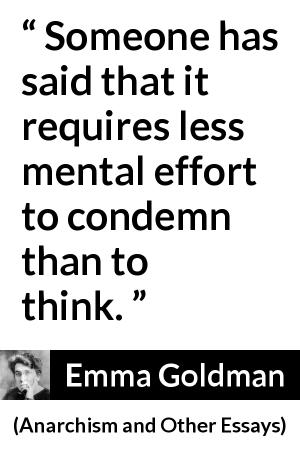 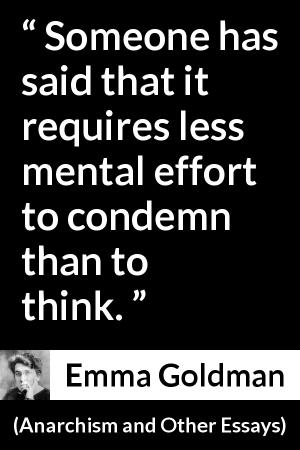 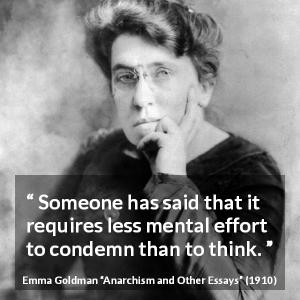