“ What a strange development of patriotism that turns a thinking being into a loyal machine! ”
Emma Goldman, Anarchism and Other Essays (1910). copy citation

“Funston, who reduced Buwalda's sentence to three years, "the first duty of an officer or an enlisted man is unquestioned obedience and loyalty to the government, and it makes no difference whether he approves of that government or not." Thus Funston stamps the true character of allegiance. According to him, entrance into the army abrogates the principles of the Declaration of Independence.
What a strange development of patriotism that turns a thinking being into a loyal machine!
In justification of this most outrageous sentence of Buwalda, Gen. Funston tells the American people that the soldier's action was a "serious crime equal to treason." Now, what did this "terrible crime" really consist of?” source

“Yet our hearts swell with pride at the thought that America is becoming the most powerful nation on earth, and that it will eventually plant her iron foot on the necks of all other nations. Such is the logic of patriotism.” Emma Goldman, Anarchism and Other Essays

“This patriotism is sometimes stimulated by religious enthusiasm, and then it is capable of making the most prodigious efforts. It is in itself a kind of religion; it does not reason, but it acts from the impulse of faith and of sentiment.” Alexis de Tocqueville, Democracy in America

“I must say I think patriotism is like charity—it begins at home.” Henry James, The Portrait of a Lady

“Heroism by order, senseless violence, and all the pestilent nonsense that does by the name of patriotism—how I hate them!” Albert Einstein, The world as I see it

“And for morality life is a war, and the service of the highest is a sort of cosmic patriotism which also calls for volunteers.” William James, The Varieties of Religious Experience 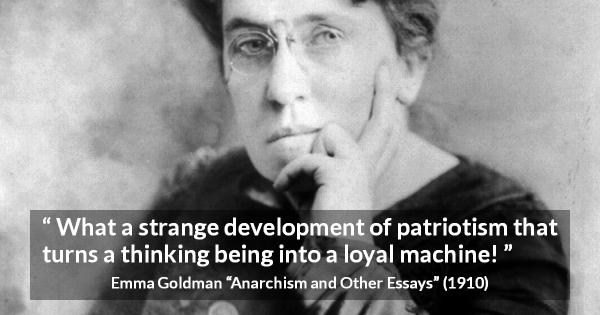 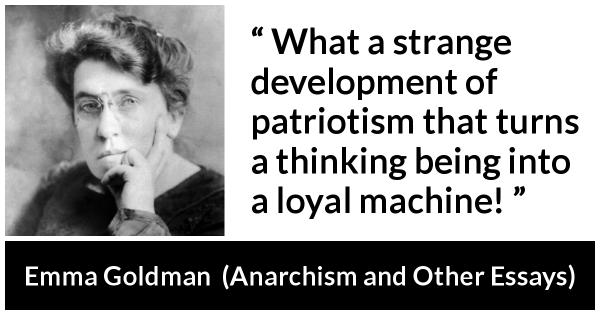 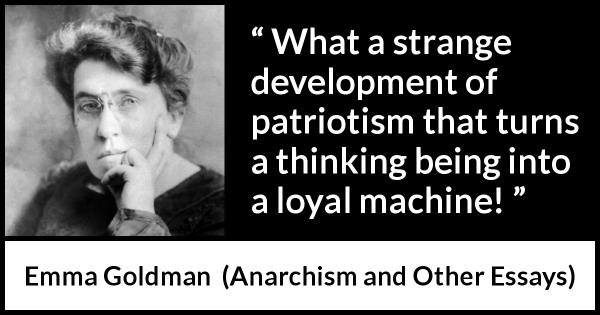 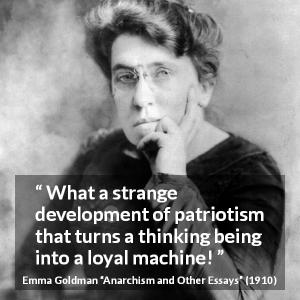 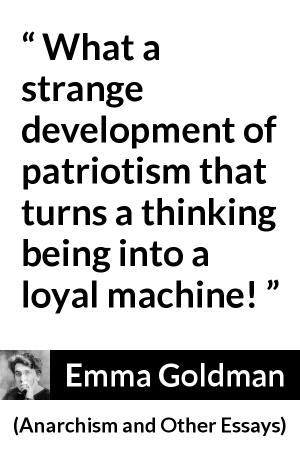 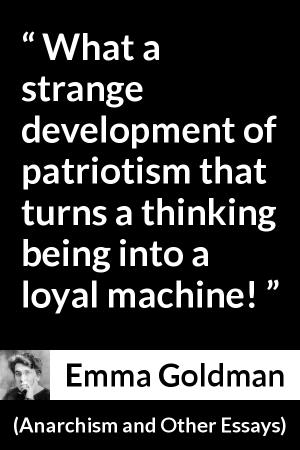