“Four young porkers in the front row uttered shrill squeals of disapproval, and all four of them sprang to their feet and began speaking at once. But suddenly the dogs sitting round Napoleon let out deep, menacing growls, and the pigs fell silent and sat down again. Then the sheep broke out into a tremendous bleating of 'Four legs good, two legs bad!' which went on for nearly a quarter of an hour and put an end to any chance of discussion.
Afterwards Squealer was sent round the farm to explain the new arrangement to the others. 'Comrades,' he said, 'I trust that every animal here appreciates the sacrifice that Comrade Napoleon has made in taking this extra labour upon himself.” source

“All animals are equal but some animals are more equal than others.” George Orwell, Animal Farm 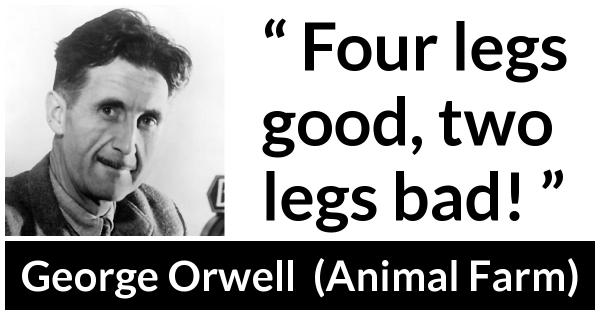 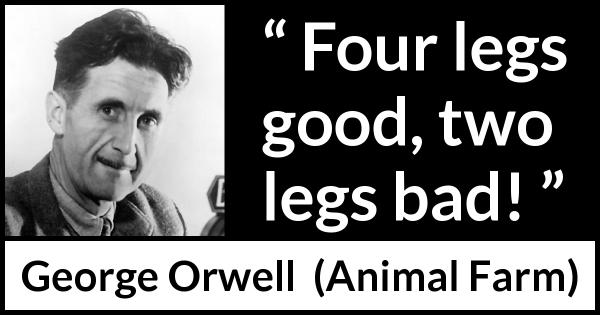 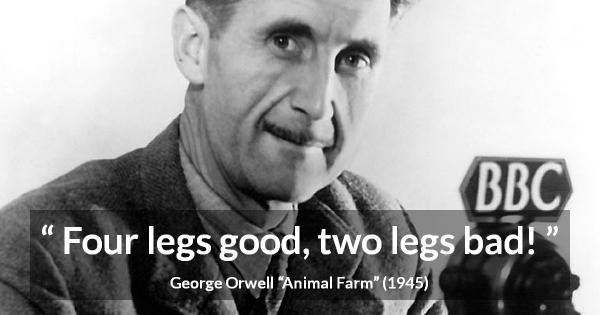 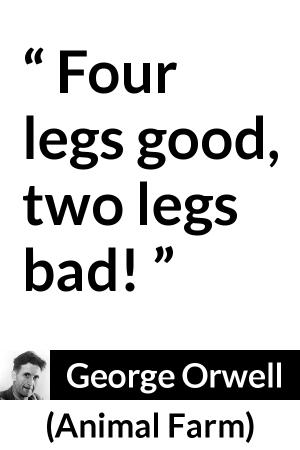 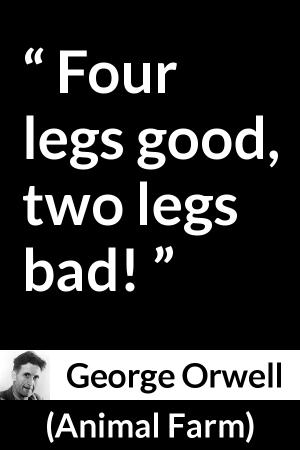 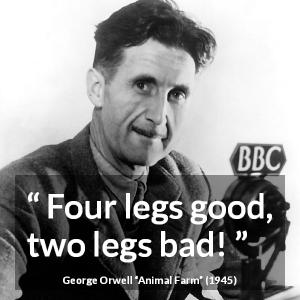