“ Stupidity was as necessary as intelligence, and as difficult to attain. ”
George Orwell, 1984 (1949). copy citation

“The arithmetical problems raised, for instance, by such a statement as «two and two make five» were beyond his intellectual grasp. It needed also a sort of athleticism of mind, an ability at one moment to make the most delicate use of logic and at the next to be unconscious of the crudest logical errors. Stupidity was as necessary as intelligence, and as difficult to attain.
All the while, with one part of his mind, he wondered how soon they would shoot him. «Everything depends on yourself,» O'Brien had said; but he knew that there was no conscious actby which he could bring it nearer.” source

“The stupider one is, the clearer one is. Stupidity is brief and artless, while intelligence wriggles and hides itself. Intelligence is a knave, but stupidity is honest and straightforward.” Fyodor Dostoyevsky, The Brothers Karamazov

“Stupidity is much the same all the world over.” John Stuart Mill, The Subjection of Women

“There is no sin except stupidity.” Oscar Wilde, Intentions

“Deficiency in judgement is properly that which is called stupidity; and for such a failing we know no remedy.” Immanuel Kant, Critique of Pure Reason

“Stupidity has a knack of getting its way” Albert Camus, The Plague

“Nature never appeals to intelligence until habit and instinct are useless. There is no intelligence where there is no change and no need of change. Only those animals partake of intelligence that have to meet a huge variety of needs and dangers.” H. G. Wells, The Time Machine

“I mean he was very intelligent and all, but you could tell he didn't have too much brains.” J. D. Salinger, The Catcher in the Rye 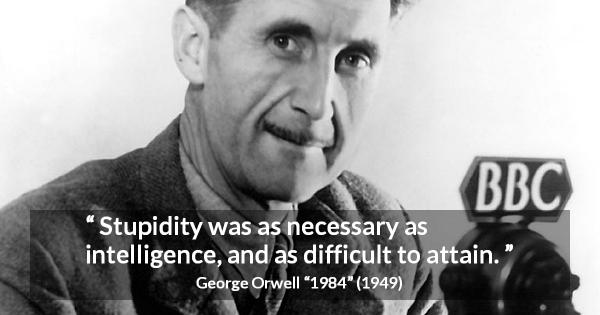 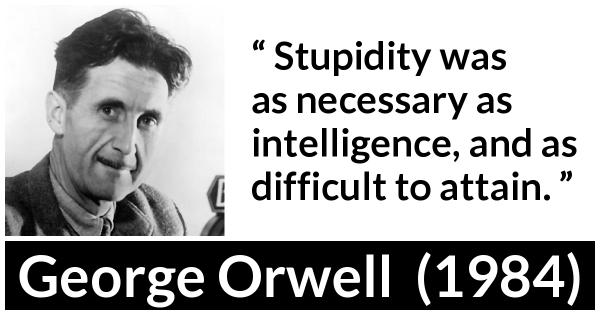 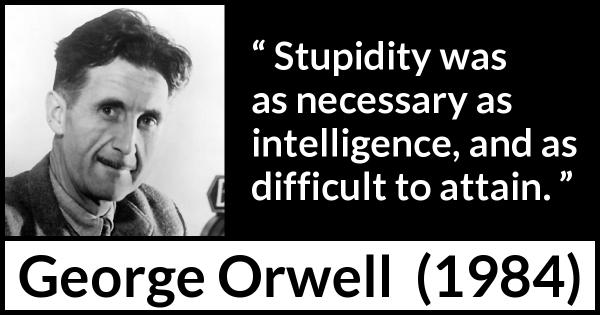 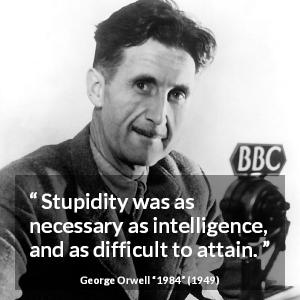 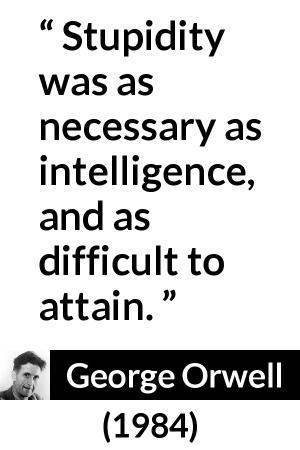 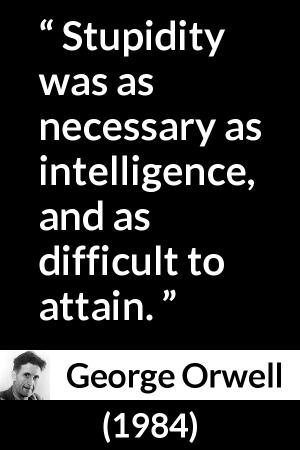