“ the public is wonderfully tolerant. It forgives everything except genius. ”
Oscar Wilde, Intentions (1891). copy citation

“They are generally written by people who have either entirely lost their memories, or have never done anything worth remembering; which, however, is, no doubt, the true explanation of their popularity, as the English public always feels perfectly at its ease when a mediocrity is talking to it.
Gilbert. Yes: the public is wonderfully tolerant. It forgives everything except genius. But I must confess that I like all memoirs. I like them for their form, just as much as for their matter. In literature mere egotism is delightful. It is what fascinates us in the letters of personalities so different as Cicero and Balzac, Flaubert and Berlioz, Byron and Madame de Sévigné.” source

“There is no sin except stupidity.” Oscar Wilde, Intentions

“You can't overestimate the stupidity of the general public.” Charles Bukowski, Ham on Rye

“It is to the credit of human nature, that, except where its selfishness is brought into play, it loves more readily than it hates.” Nathaniel Hawthorne, The Scarlet Letter 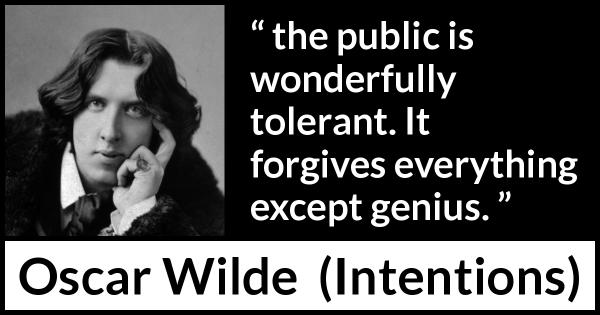 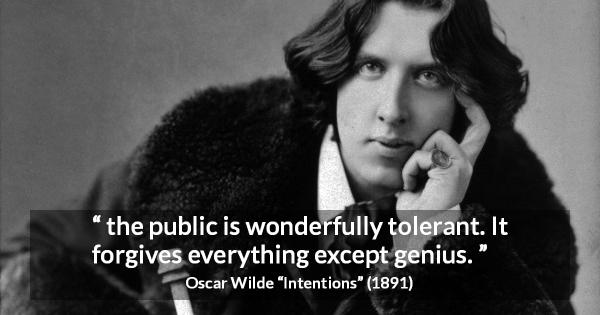 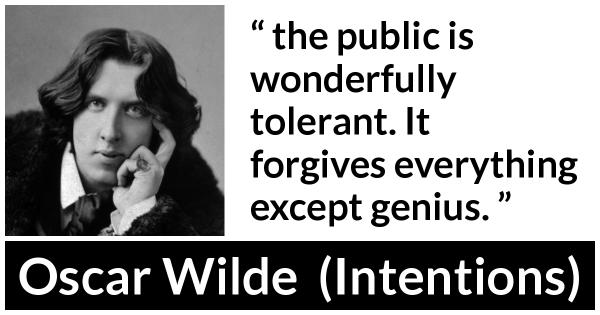 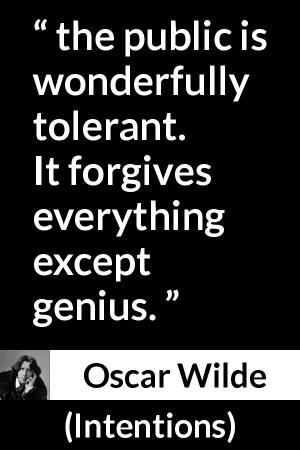 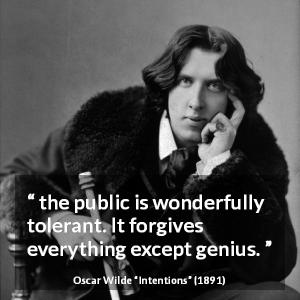 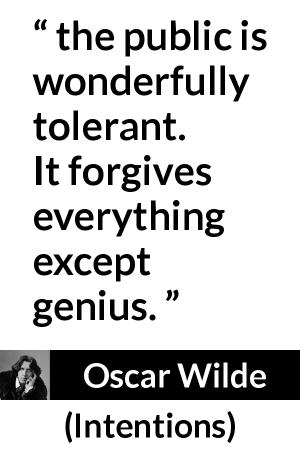