“ There are many humorous things in the world; among them the white man's notion that he is less savage than the other savages. ”
Mark Twain, Following the Equator (1897). copy citation

“It is robbery, humiliation, and slow, slow murder, through poverty and the white man's whisky. The savage's gentle friend, the savage's noble friend, the only magnanimous and unselfish friend the savage has ever had, was not there with the merciful swift release of his poisoned pudding.
There are many humorous things in the world; among them the white man's notion that he is less savage than the other savages.—[See Chapter on Tasmania, post.]
CHAPTER XXII.
Nothing is so ignorant as a man's left hand, except a lady's watch.
—Pudd'nhead Wilson's New Calendar.
You notice that Mrs. Praed knows her art. She can place a thing before you so that you can see it.” source

“Where there are no distinctions there can be no superiority, perfect equality affords no temptation.” Thomas Paine, Common Sense

“No longer did he feel shame for his hairless body or his human features, for now his reason told him that he was of a different race from his wild and hairy companions.” Edgar Rice Burroughs, Tarzan of the Apes 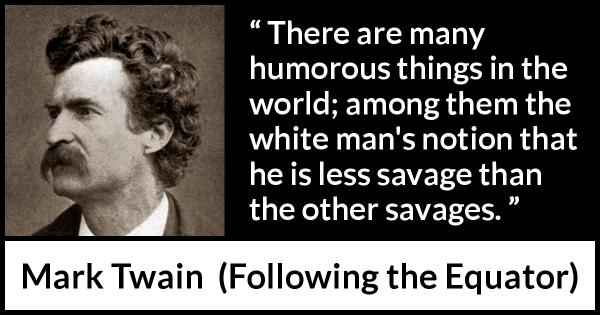 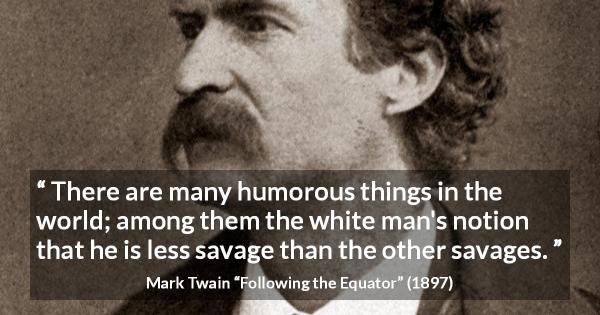 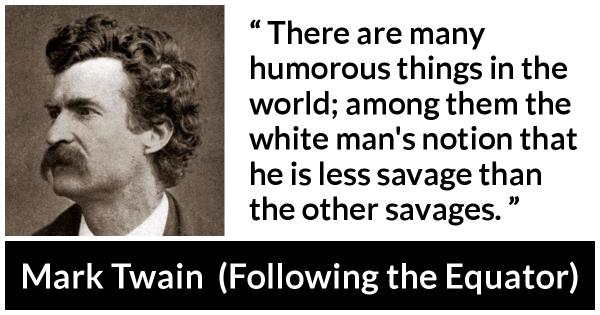 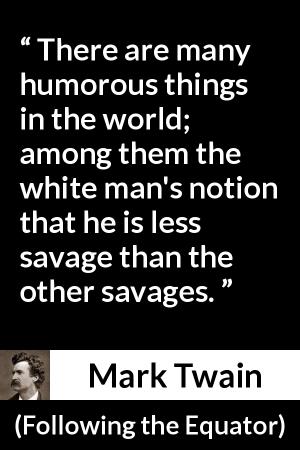 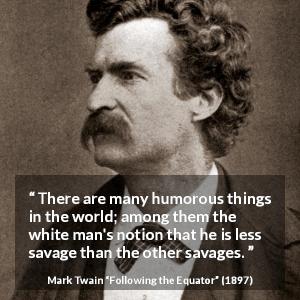 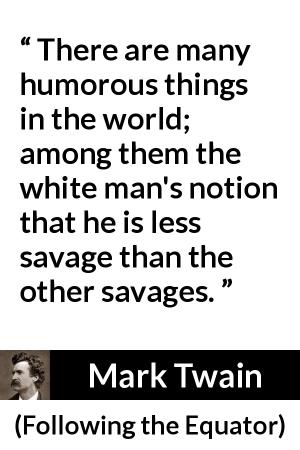