“ Make it a point to do something every day that you don't want to do. This is the golden rule for acquiring the habit of doing your duty without pain. ”
Mark Twain, Following the Equator (1897). copy citation

“The heat was pitiless, the flat plains were destitute of grass, and baked dry by the sun they were the color of pale dust, which was flying in clouds. But it was much hotter than this when the relieving forces marched to Lucknow in the time of the Mutiny. Those were the days of 138 deg. in the shade.
CHAPTER LVIII.
Make it a point to do something every day that you don't want to do. This is the golden rule for acquiring the habit of doing your duty without pain.
—Pudd'nhead Wilson's New Calendar.
It seems to be settled, now, that among the many causes from which the Great Mutiny sprang, the main one was the annexation of the kingdom of Oudh by the East India Company—characterized by Sir Henry Lawrence as «the most unrighteous act that was ever committed.»” source

“A craven can be as brave as any man, when there is nothing to fear. And we all do our duty, when there is no cost to it. How easy it seems then, to walk the path of honor. Yet soon or late in every man’s life comes a day when it is not easy, a...” George R. R. Martin, A Game of Thrones

“It always does seem to me that I am doing more work than I should do. It is not that I object to the work, mind you; I like work: it fascinates me. I can sit and look at it for hours. I love to keep it by me: the idea of getting rid of it nearly...” Jerome K. Jerome, Three Men in a Boat 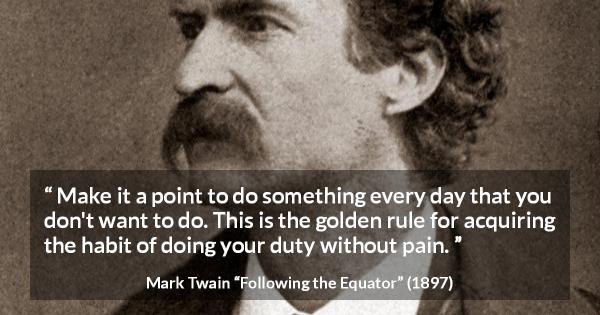 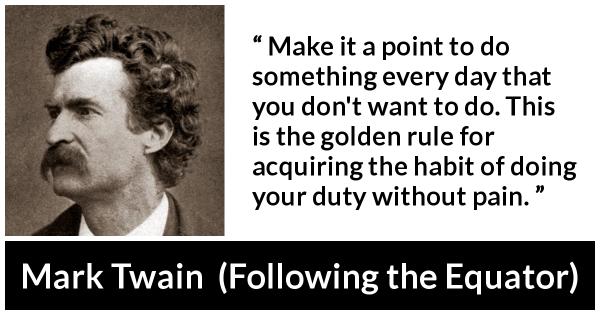 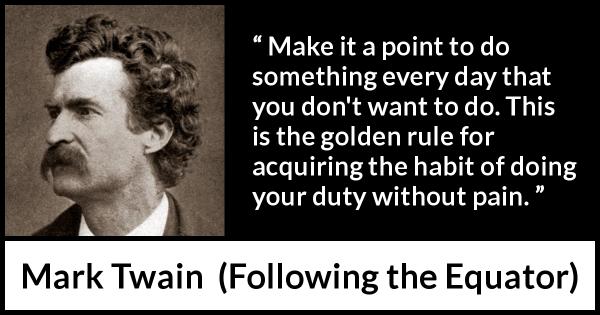 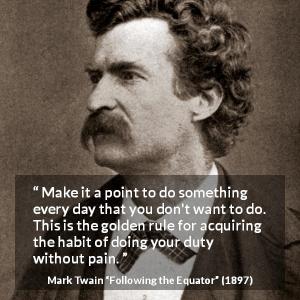 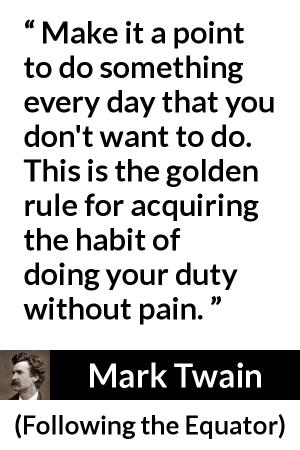 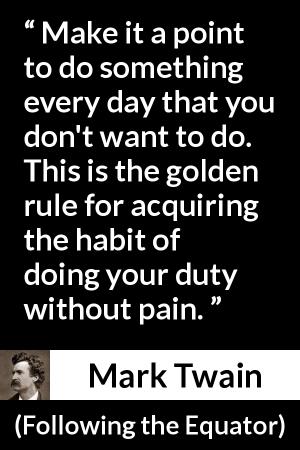