“ When red-headed people are above a certain social grade their hair is auburn. ”
Mark Twain, A Connecticut Yankee in King Arthur's Court (1889). copy citation

“Morgan le Fay hated him with her whole heart, and she never would have softened toward him. And yet his crime was committed more in thoughtlessness than deliberate depravity. He had said she had red hair. Well, she had; but that was no way to speak of it. When red-headed people are above a certain social grade their hair is auburn.
Consider it: among these forty-seven captives there were five whose names, offenses, and dates of incarceration were no longer known! One woman and four men—all bent, and wrinkled, and mind-extinguished patriarchs.” source

“They love their hair because they aren't smart enough to love something more interesting.” John Green, Looking for Alaska

“Hair is vitally personal to children. They weep vigorously when it is cut for the first time; no matter how it grows, bushy, straight or curly, they feel they are being shorn of a part of their personality.” Charlie Chaplin, My Autobiography

“When one's head is gone one doesn't weep for one's hair!” Leo Tolstoy, War and Peace 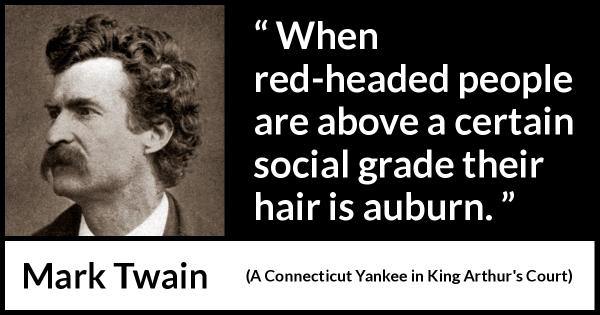 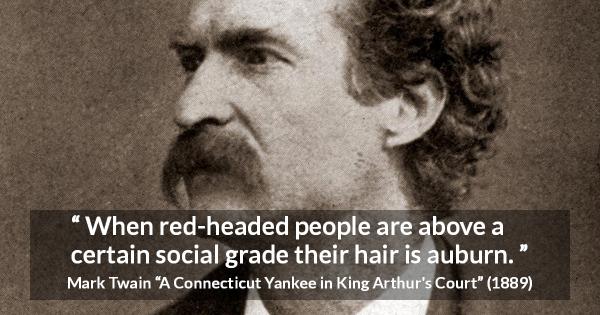 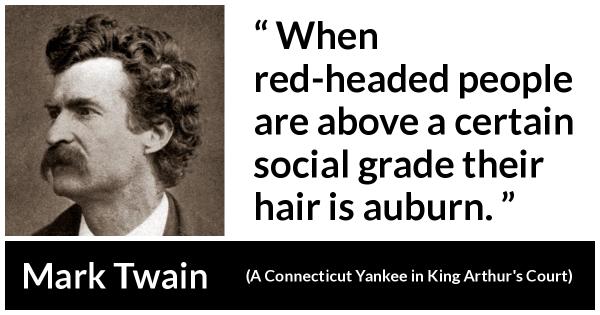 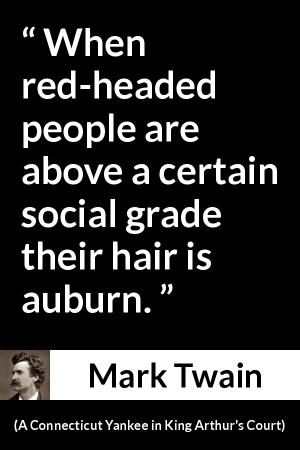 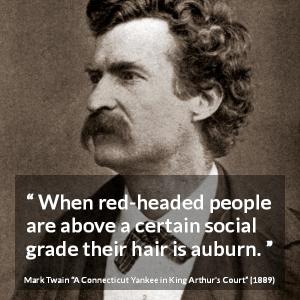 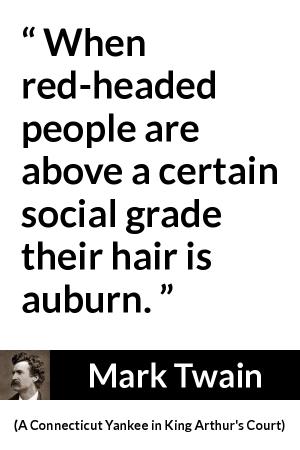