“ It is by the goodness of God that in our country we have those three unspeakably precious things: freedom of speech, freedom of conscience, and the prudence never to practice either of them. ”
Mark Twain, Following the Equator (1897). copy citation

“One of two things, either some one with a boomerang arrived in Australia in the days of antiquity before European knowledge of the thing had been lost, or the Australian aboriginal reinvented it. It will take some time to find out which of these two propositions is the fact. But there is no hurry.
CHAPTER XX.
It is by the goodness of God that in our country we have those three unspeakably precious things: freedom of speech, freedom of conscience, and the prudence never to practice either of them.
—Pudd'nhead Wilson's New Calendar.
From diary: Mr. G. called. I had not seen him since Nauheim, Germany—several years ago; the time that the cholera broke out at Hamburg. We talked of the people we had known there, or had casually met; and G. said:” source

“Freedom is the freedom to say that two plus two make four. If that is granted, all else follows.” George Orwell, 1984

“You know, there are two good things in life, freedom of thought and freedom of action.” W. Somerset Maugham, Of Human Bondage

“After the primary necessities of food and raiment, freedom is the first and strongest want of human nature.” John Stuart Mill, The Subjection of Women

“I know no country in which there is so little true independence of mind and freedom of discussion as in America.” Alexis de Tocqueville, Democracy in America

“And can the liberties of a nation be thought secure when we have removed their only firm basis, a conviction in the minds of the people that these liberties are of the gift of God? That they are not to be violated but with his wrath?” Thomas Jefferson, Notes on the State of Virginia 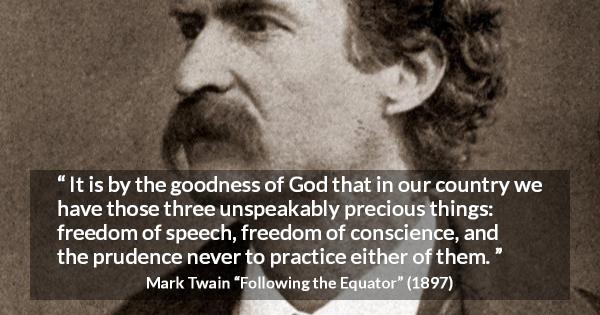 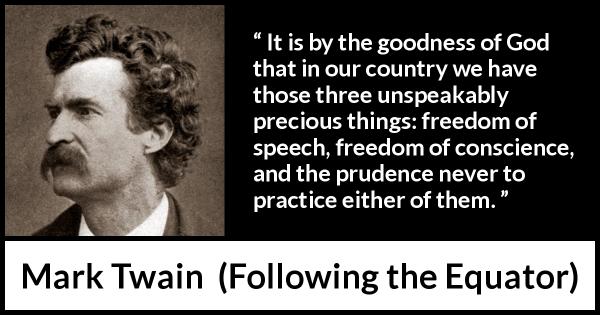 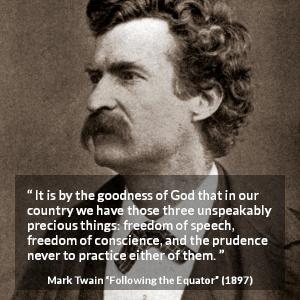 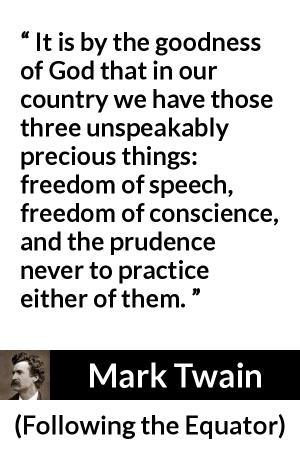 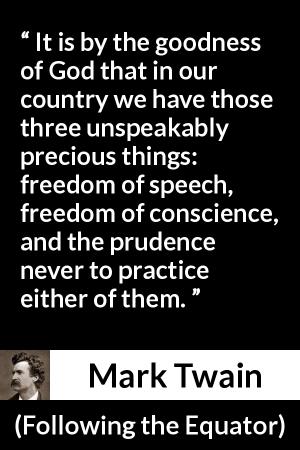