“ Seldom, very seldom, does complete truth belong to any human disclosure; seldom can it happen that something is not a little disguised, or a little mistaken; ”
Jane Austen, Emma (1815). copy citation

“He had despaired at one period; he had received such an injunction to caution and silence, as for the time crushed every hope;—she had begun by refusing to hear him.—The change had perhaps been somewhat sudden;—her proposal of taking another turn, her renewing the conversation which she had just put an end to, might be a little extraordinary!—She felt its inconsistency; but Mr. Knightley was so obliging as to put up with it, and seek no farther explanation.
Seldom, very seldom, does complete truth belong to any human disclosure; seldom can it happen that something is not a little disguised, or a little mistaken; but where, as in this case, though the conduct is mistaken, the feelings are not, it may not be very material.—Mr. Knightley could not impute to Emma a more relenting heart than she possessed, or a heart more disposed to accept of his.
He had, in fact, been wholly unsuspicious of his own influence. He had followed her into the shrubbery with no idea of trying it.” source

“You have to be a bit of a liar to tell a story the right way. Too much truth confuses the facts. Too much honesty makes you sound insincere.” Patrick Rothfuss, The Name of the Wind

“Unless you expect the unexpected you will never find truth, for it is hard to discover and hard to attain.” Heraclitus, On Nature

“It is very difficult to tell the truth, and young people are rarely capable of it.” Leo Tolstoy, War and Peace

“The most common sort of lie is that by which a man deceives himself: the deception of others is a relatively rare offence.” Friedrich Nietzsche, The Antichrist

“Truth scarce ever yet carried it by vote anywhere at its first appearance: new opinions are always suspected, and usually opposed, without any other reason but because they are not already common. But truth, like gold, is not the less so for...” John Locke, An Essay Concerning Human Understanding 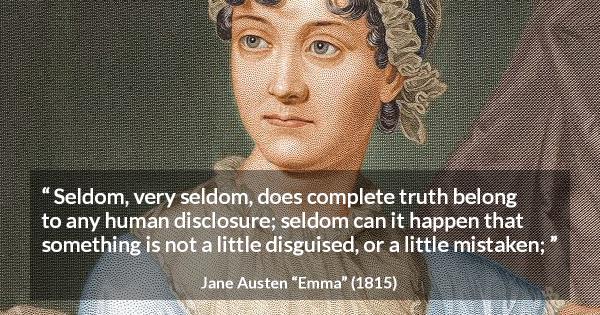 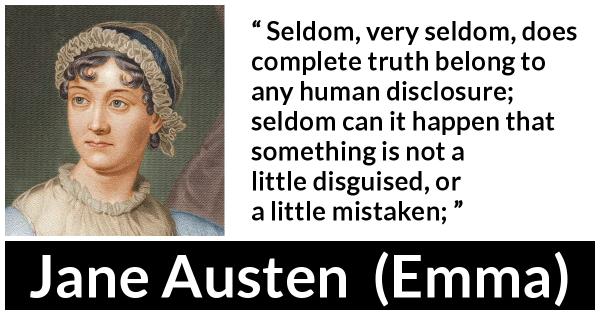 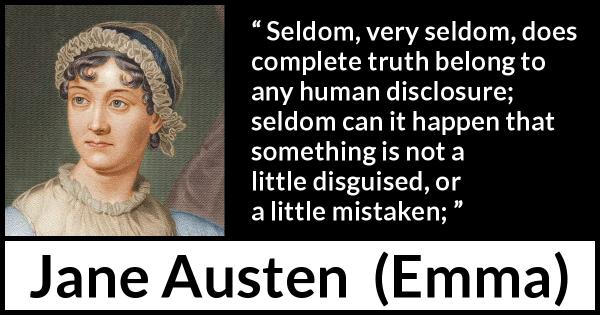 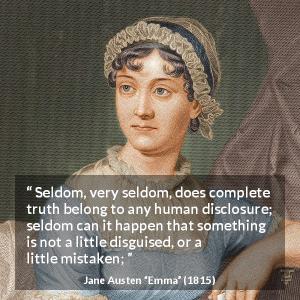 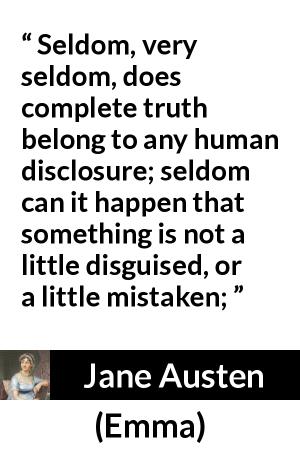 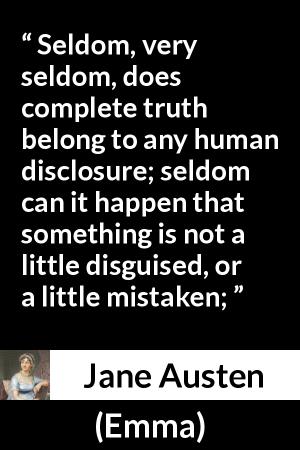