“ The past could always be annihilated. Regret, denial, or forgetfulness could do that. But the future was inevitable. ”
Oscar Wilde, The Picture of Dorian Gray (1890). copy citation

“It was not that mere physical admiration of beauty that is born of the senses and that dies when the senses tire. It was such love as Michelangelo had known, and Montaigne, and Winckelmann, and Shakespeare himself. Yes, Basil could have saved him. But it was too late now. The past could always be annihilated. Regret, denial, or forgetfulness could do that. But the future was inevitable. There were passions in him that would find their terrible outlet, dreams that would make the shadow of their evil real.
He took up from the couch the great purple-and-gold texture that covered it, and, holding it in his hands, passed behind the screen.” source

“The only reason people want to be masters of the future is to change the past.” Milan Kundera, The Book of Laughter and Forgetting

“things Past have a being in the Memory onely, but things To Come have no being at all; the Future being but a fiction of the mind, applying the sequels of actions Past, to the actions that are Present” Thomas Hobbes, Leviathan

“Look not mournfully into the Past. It comes not back again. Wisely improve the Present. It is thine. Go forth to meet the shadowy Future, without fear, and with a manly heart.” Henry Wadsworth Longfellow, Hyperion

“Everything faded into mist. The past was erased, the erasure was forgotten, the lie became truth.” George Orwell, 1984 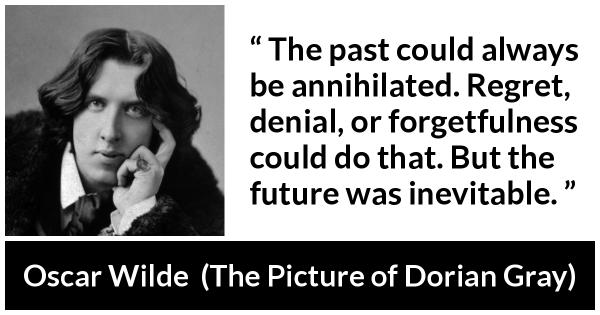 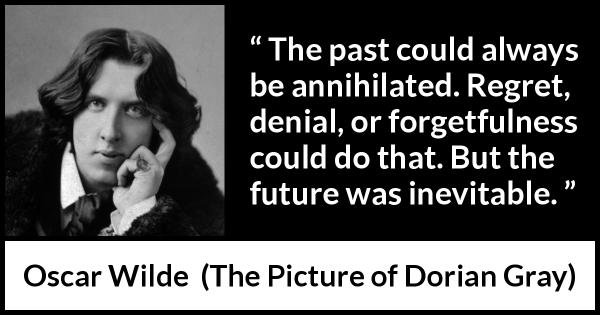 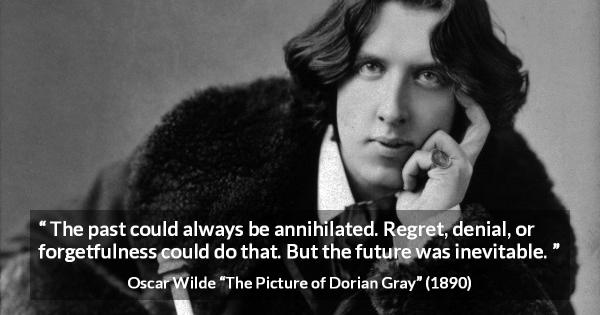 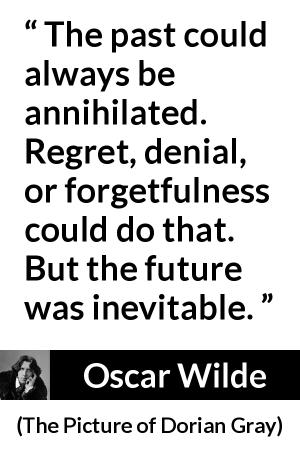 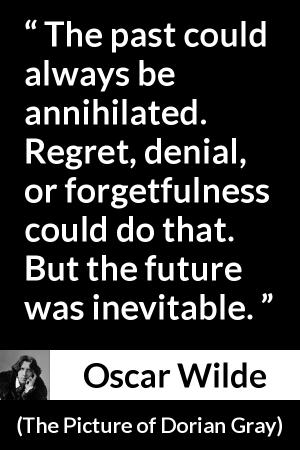 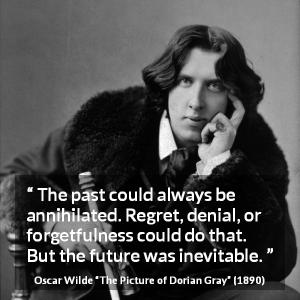