“'I could tell you my adventures—beginning from this morning,' said Alice a little timidly: 'but it's no use going back to yesterday, because I was a different person then.'
'Explain all that,' said the Mock Turtle.
'No, no! The adventures first,' said the Gryphon in an impatient tone: 'explanations take such a dreadful time.'
So Alice began telling them her adventures from the time when she first saw the White Rabbit. She was a little nervous about it just at first, the two creatures got so close to her, one on each side, and opened their eyes and mouths so very wide, but she gained courage as she went on.” source

“the danger of an adventure is worth a thousand days of ease and comfort.” Paulo Coelho, Veronika Decides to Die

“real adventures . . . do not happen to people who remain at home: they must be sought abroad.” James Joyce, Dubliners

“Don’t adventures ever have an end? I suppose not. Someone else always has to carry on the story.” J. R. R. Tolkien, The Fellowship of the Ring

“No, I will be the pattern of all patience; I will say nothing.” William Shakespeare, King Lear 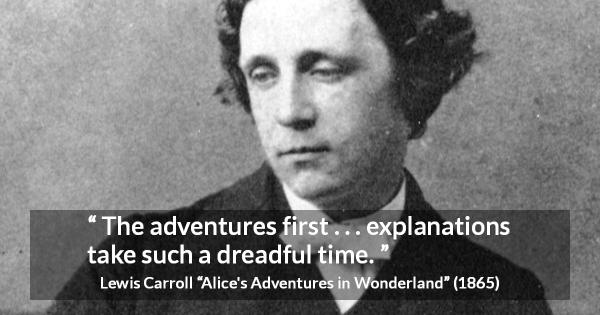 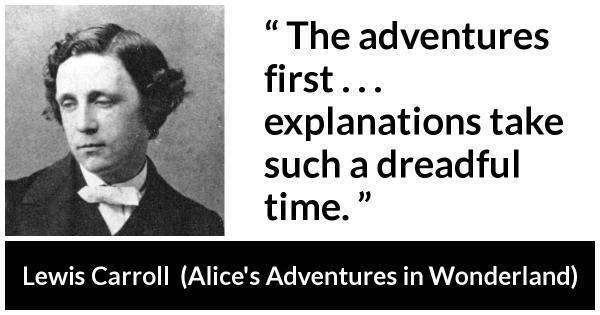 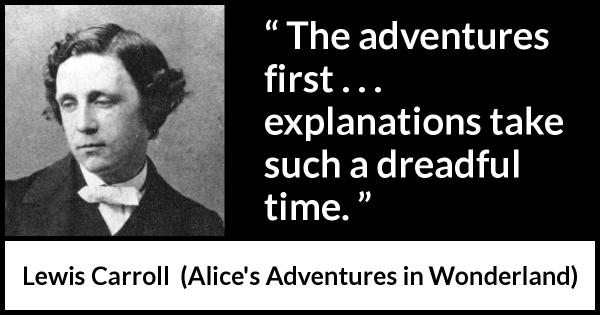 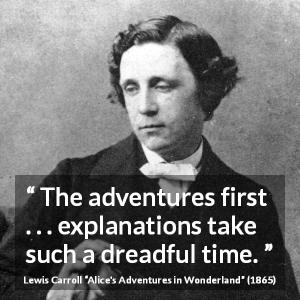 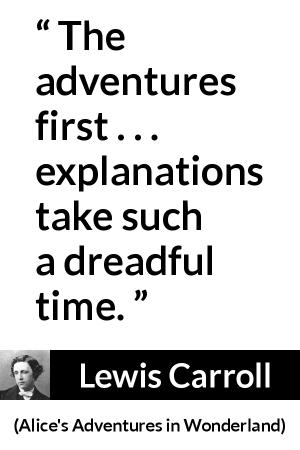 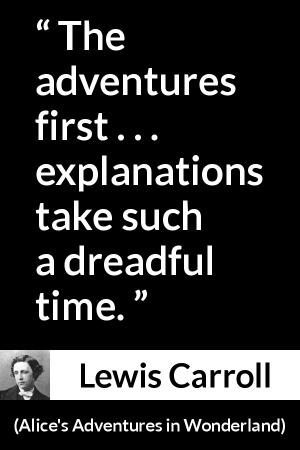