“«Now, for my trouble, promise me—» And she stopped.
«What?» asked Marius.
«Promise me!»
«I promise.»
«Promise to give me a kiss on my brow when I am dead.—I shall feel it.»
She dropped her head again on Marius' knees, and her eyelids closed. He thought the poor soul had departed. Éponine remained motionless. All at once, at the very moment when Marius fancied her asleep forever, she slowly opened her eyes in which appeared the sombre profundity of death, and said to him in a tone whose sweetness seemed already to proceed from another world:—” source
Original quote
“Promettez-moi de me donner un baiser sur le front quand je serai morte. — Je le sentirai.” Victor Hugo, Les Misérables

“I felt so lonesome, all of a sudden. I almost wished I was dead.” J. D. Salinger, The Catcher in the Rye

“Thus with a kiss I die.” William Shakespeare, Romeo and Juliet

“When as we read of the much-longed-for smile Being by such a noble lover kissed, This one, who ne'er from me shall be divided, Kissed me upon the mouth all palpitating.” Dante Alighieri, Divine Comedy

“I won't kiss you. It might get to be a habit and I can't get rid of habits.” F. Scott Fitzgerald, Flappers and Philosophers

“Remember, we're madly in love, so it's all right to kiss me anytime you feel like it.” Suzanne Collins, The Hunger Games

“Why are our days numbered and not, say, lettered?” Woody Allen, Getting Even 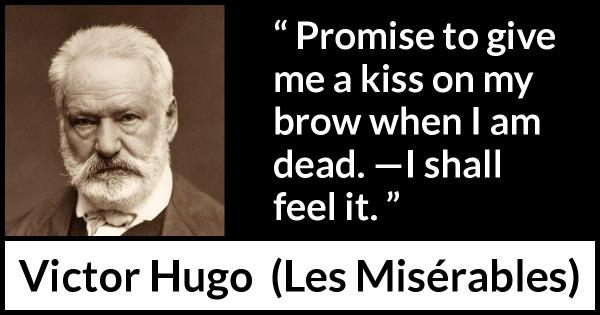 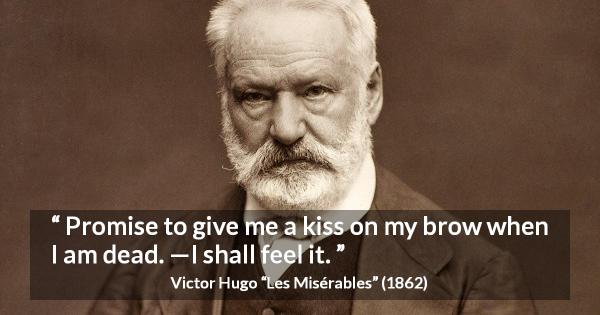 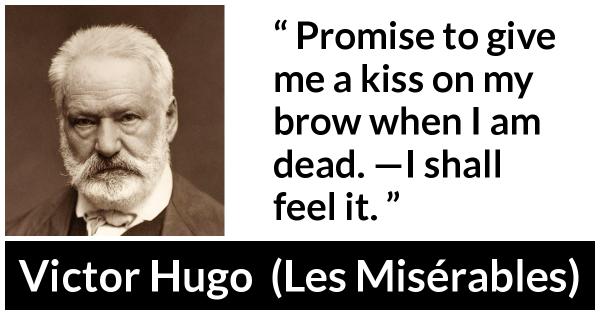 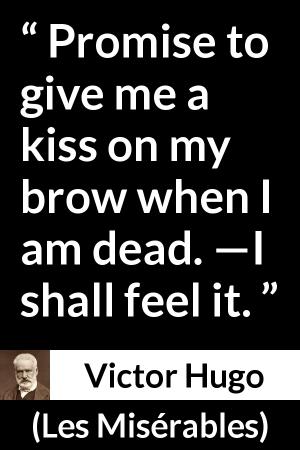 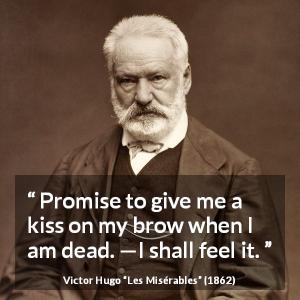 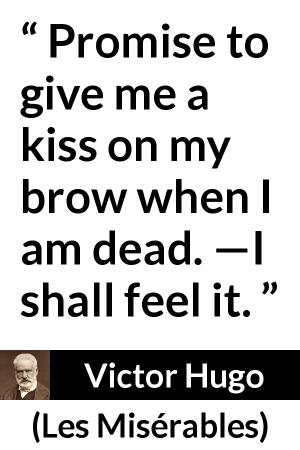