“Think, also, of the ladies of the land weaving toilet cushions against the last day, not to betray too green an interest in their fates! As if you could kill time without injuring eternity.
The mass of men lead lives of quiet desperation. What is called resignation is confirmed desperation. From the desperate city you go into the desperate country, and have to console yourself with the bravery of minks and muskrats. A stereotyped but unconscious despair is concealed even under what are called the games and amusements of mankind.” source

“Everyone has the revolver of resignation in his pocket.” Ian Fleming, Casino Royale

“Yield not thy neck to fortune's yoke, but let thy dauntless mind still ride in triumph over all mischance.” William Shakespeare, Henry VI, Part 3 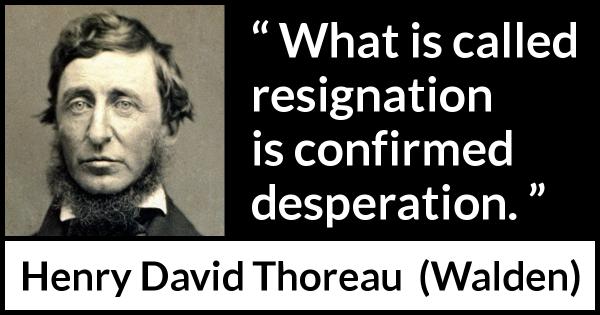 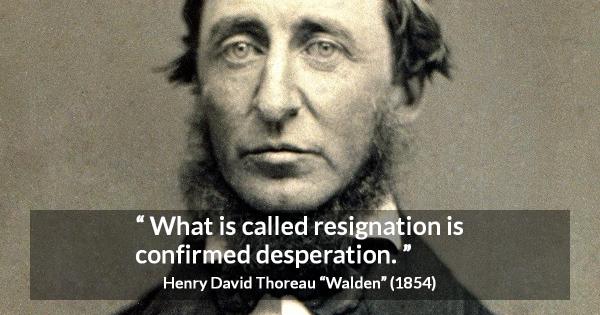 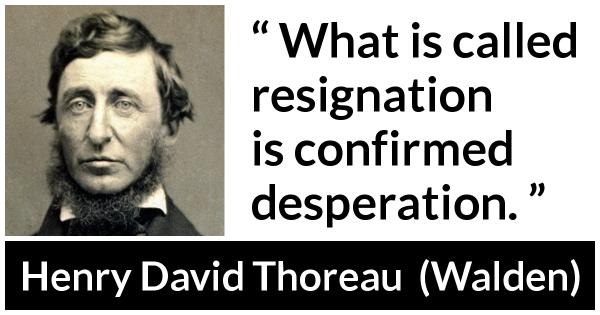 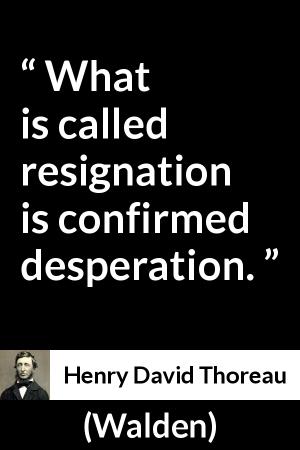 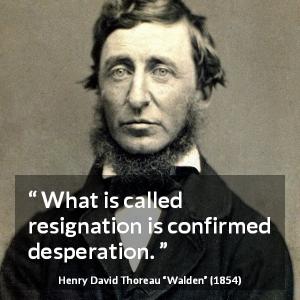 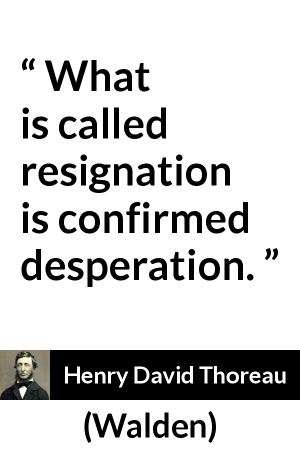