“ Sometimes it is harder to deprive oneself of a pain than of a pleasure ”
F. Scott Fitzgerald, Tender Is the Night (1934). copy citation

“I sketched her one night on a theatre program, I think she'll last."
They were both restless in the night. In a day or two Dick would try to banish the ghost of Rosemary before it became walled up with them, but for the moment he had no force to do it. Sometimes it is harder to deprive oneself of a pain than of a pleasure and the memory so possessed him that for the moment there was nothing to do but to pretend. This was more difficult because he was currently annoyed with Nicole, who, after all these years, should recognize symptoms of strain in herself and guard against them. Twice within a fortnight she had broken up: there had been the night of the dinner at Tarmes when he had found her in her bedroom dissolved in crazy laughter telling Mrs. McKisco she could not go in the bathroom because the key was thrown down the well.” source

“when pain is over, the remembrance of it often becomes a pleasure.” Jane Austen, Persuasion

“They suffer, of course ... but then they live, they live a real life, not a fantastic one, for suffering is life. Without suffering what would be the pleasure of it?” Fyodor Dostoyevsky, The Brothers Karamazov

“It’s so hard to forget pain, but it’s even harder to remember sweetness. We have no scar to show for happiness.” Chuck Palahniuk, Diary

“Numbing the pain for a while will make it worse when you finally feel it.” J. K. Rowling, Harry Potter and the Goblet of Fire

“Pride helps us; and pride is not a bad thing when it only urges us to hide our own hurts—not to hurt others.” George Eliot, Middlemarch

“Later she remembered all the hours of the afternoon as happy—one of those uneventful times that seem at the moment only a link between past and future pleasure but turn out to have been the pleasure itself.” F. Scott Fitzgerald, Tender Is the Night

“I enjoy looking at beautiful people, and I decided a while ago not to deny myself the simpler pleasures of existence.” John Green, The Fault in Our Stars

“Think only of the past as its remembrance gives you pleasure.” Jane Austen, Pride and Prejudice 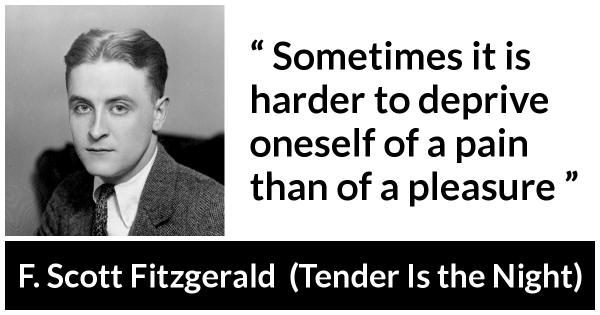 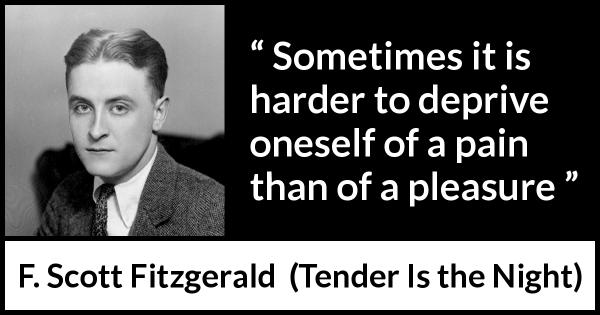 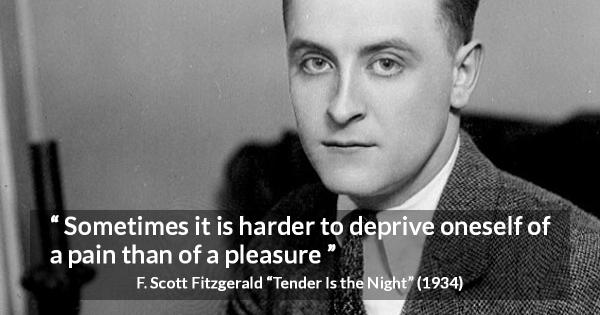 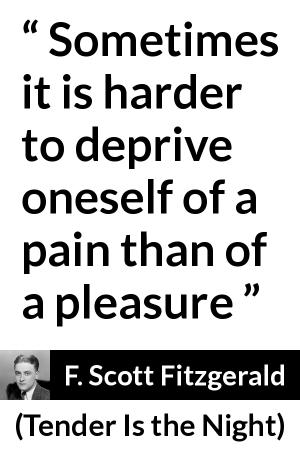 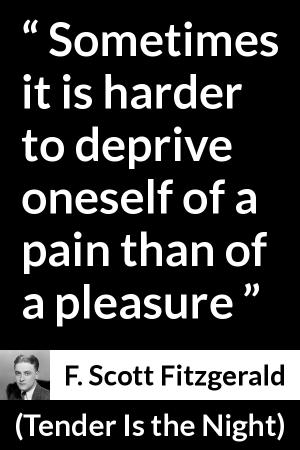 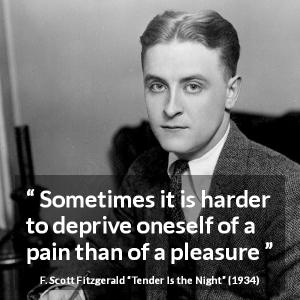