“ Let us be thankful for the fools. But for them the rest of us could not succeed. ”
Mark Twain, Following the Equator (1897). copy citation

“And one man, in a like case in New South Wales, did reason it out and arrive at a solution:
«It is from the wrath of God, which is revealed from heaven against cold ungodliness and unrighteousness of men.»
That settles it. CHAPTER XXVIII.
Let us be thankful for the fools. But for them the rest of us could not succeed.
—Pudd'nhead Wilson's New Calendar.
The aphorism does really seem true: «Given the Circumstances, the Man will appear.» But the man musn't appear ahead of time, or it will spoil everything. In Robinson's case the Moment had been approaching for a quarter of a century—and meantime the future Conciliator was tranquilly laying bricks in Hobart.” source

“Only fools want to be great.” T. H. White, The Once and Future King 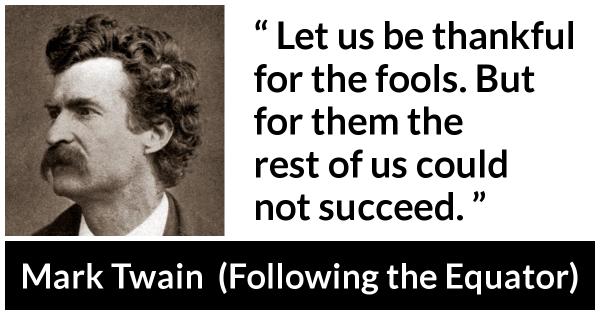 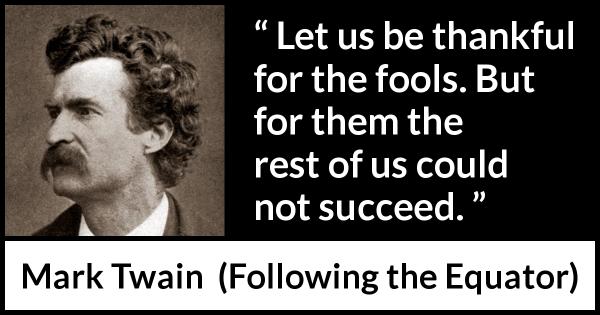 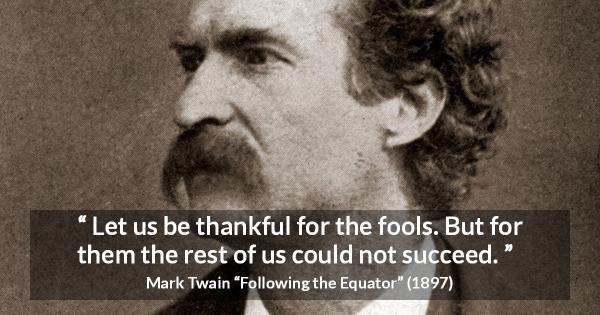 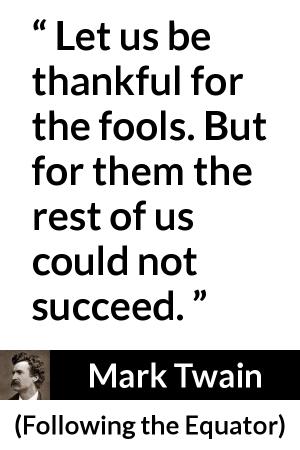 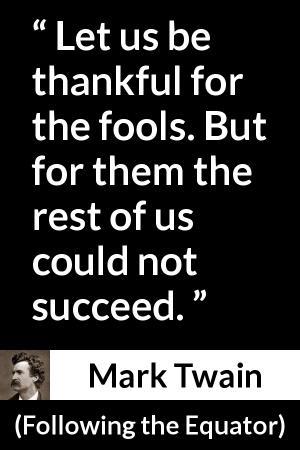 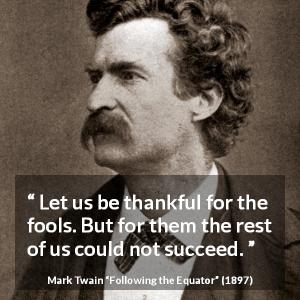