“ Well, I never heard it before . . . but it sounds uncommon nonsense. ”
Lewis Carroll, Alice's Adventures in Wonderland (1865). copy citation

“[later editions continued as follows When the sands are all dry, he is gay as a lark, And will talk in contemptuous tones of the Shark, But, when the tide rises and sharks are around, His voice has a timid and tremulous sound.]
'That's different from what I used to say when I was a child,' said the Gryphon.
'Well, I never heard it before,' said the Mock Turtle; 'but it sounds uncommon nonsense.'
Alice said nothing; she had sat down with her face in her hands, wondering if anything would ever happen in a natural way again.
'I should like to have it explained,' said the Mock Turtle.
” source

“It always shocked me when I realized that I wasn't the only person in the world who thought and felt such strange and awful things.” John Green, Looking for Alaska 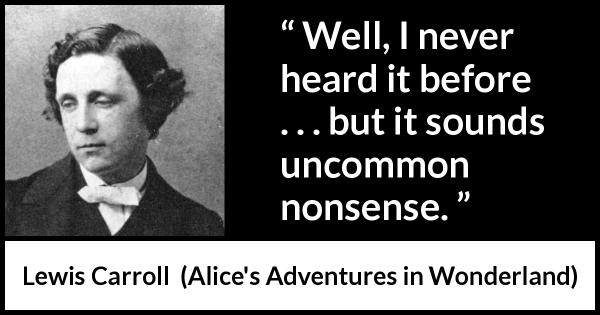 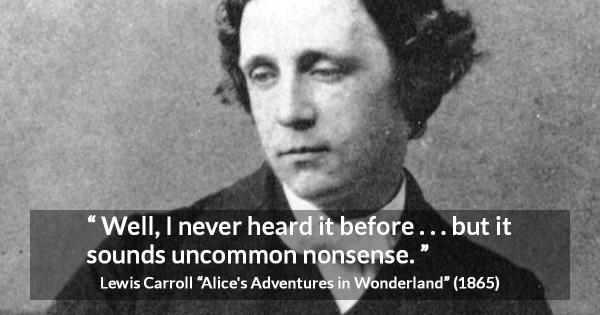 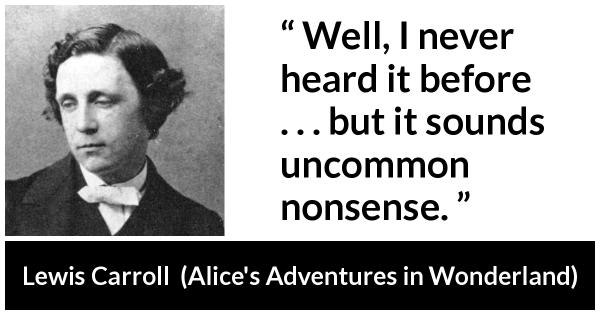 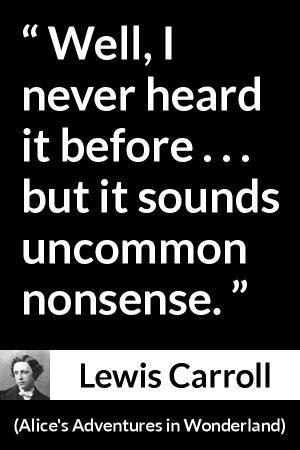 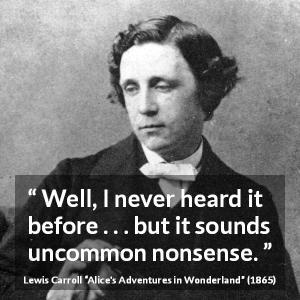 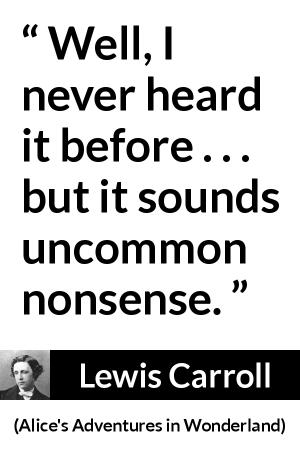