Much Ado About Nothing quotes

Much ado about nothing is a comedy by William Shakespeare published in 1600. The play takes place in Messina, Sicily, and depicts the love affairs of two couples: Claudio and Hero on the one hand, and Benedick and Beatrice on the other.

As Don Pedro returns from a victorious battle with his company, the young lord Claudio falls in love with Hero, Governor Leonato's daughter. Fooled by a ploy by Don John who wants to discredit Hero to sabotage the engagement, Claudio publicly humiliates his bride. Hero will then pretend to be dead while waiting to be cleared, which will eventually happen when Don John's accomplices are unmasked. After another subterfuge, Claudio and Hero are finally reunited, while Benedick and Beatrice, who have been fighting from the beginning but have declared their love to each other, will also get married. 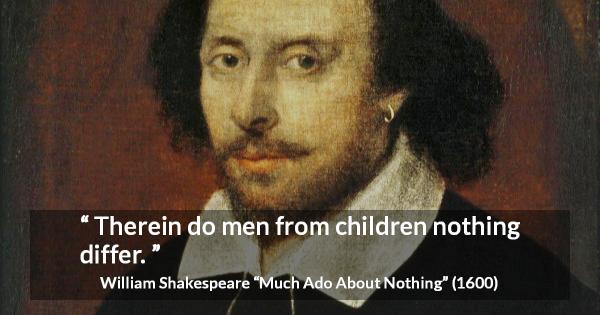 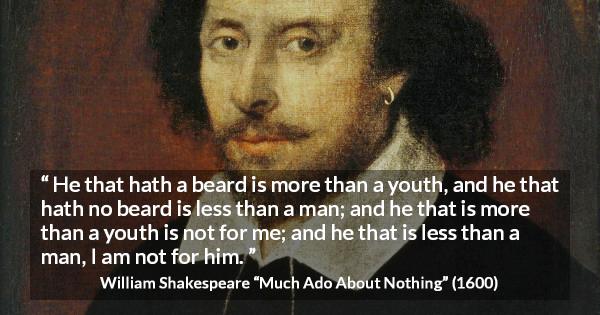 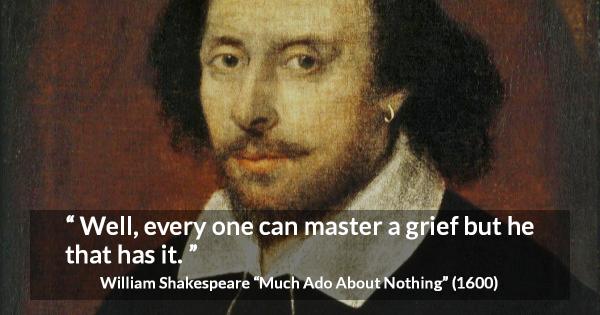 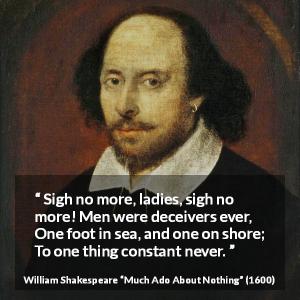 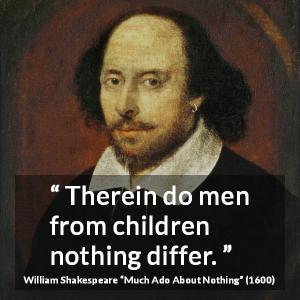 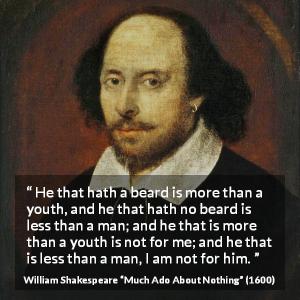 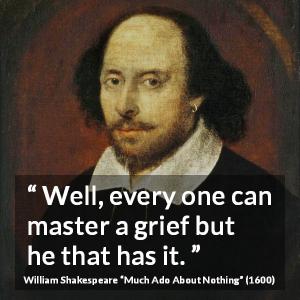