“ For the things we have to learn before we can do them, we learn by doing them ”
Aristotle, Nicomachean Ethics (c. 334 BC - 330 BC). copy citation

“Again, of all the things that come to us by nature we first acquire the potentiality and later exhibit the activity (this is plain in the case of the senses; for it was not by often seeing or often hearing that we got these senses, but on the contrary we had them before we used them, and did not come to have them by using them); but the virtues we get by first exercising them, as also happens in the case of the arts as well. For the things we have to learn before we can do them, we learn by doing them, e.g. men become builders by building and lyreplayers by playing the lyre; so too we become just by doing just acts, temperate by doing temperate acts, brave by doing brave acts.
This is confirmed by what happens in states; for legislators make the citizens good by forming habits in them, and this is the wish of every legislator, and those who do not effect it miss their mark, and it is in this that a good constitution differs from a bad one.” source

“There is only one way to learn . . . It's through action. Everything you need to know you have learned through your journey.” Paulo Coelho, The Alchemist

“They give the pupils something to do, not something to learn; and the doing is of such a nature as to demand thinking, or the intentional noting of connections; learning naturally results.” John Dewey, Democracy and Education

“people never learn anything by being told; they have to find out for themselves.” Paulo Coelho, Veronika Decides to Die

“Our experience is coloured through and through by books and plays and the cinema, and it takes patience and skill to disentangle the things we have really learned from life for ourselves.” C. S. Lewis, Mere Christianity

“I didn’t mind basic training. It taught me that something that seems impossible at the start can be achieved.” Arnold Schwarzenegger, Total Recall: My Unbelievably True Life Story 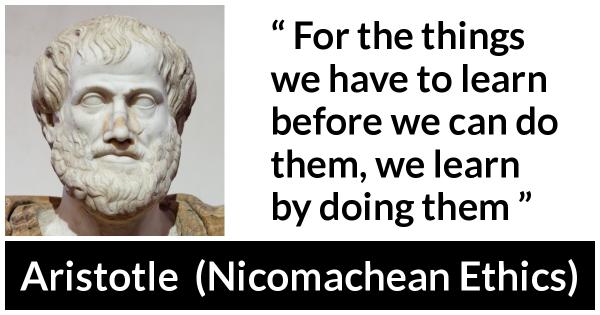 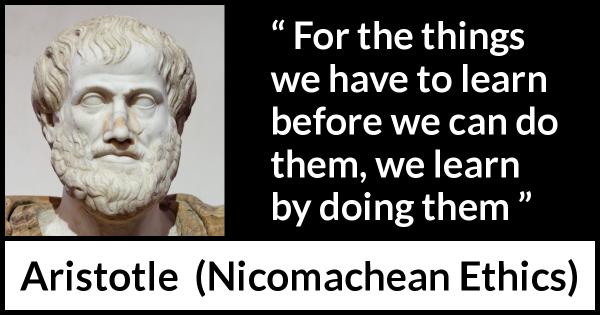 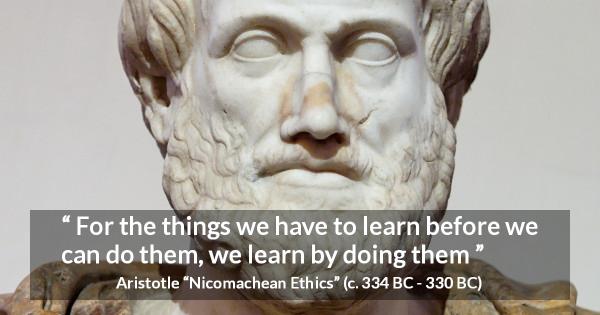 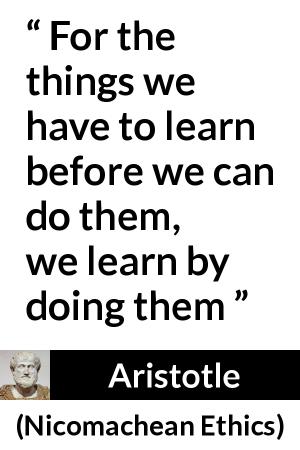 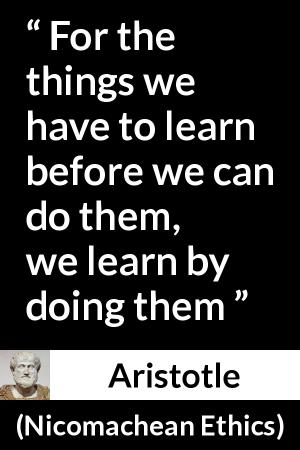 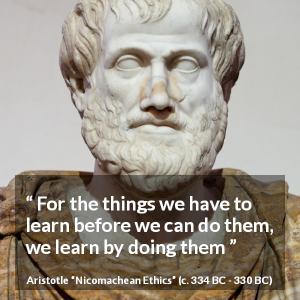