“ If we had a keen vision and feeling of all ordinary human life, it would be like hearing the grass grow and the squirrel's heart beat, and we should die of that roar which lies on the other side of silence. ”
George Eliot, Middlemarch (1872). copy citation

“Some discouragement, some faintness of heart at the new real future which replaces the imaginary, is not unusual, and we do not expect people to be deeply moved by what is not unusual. That element of tragedy which lies in the very fact of frequency, has not yet wrought itself into the coarse emotion of mankind; and perhaps our frames could hardly bear much of it. If we had a keen vision and feeling of all ordinary human life, it would be like hearing the grass grow and the squirrel's heart beat, and we should die of that roar which lies on the other side of silence. As it is, the quickest of us walk about well wadded with stupidity.
However, Dorothea was crying, and if she had been required to state the cause, she could only have done so in some such general words as I have already used: to have been driven to be more particular would have been like trying to give a history of the lights and shadows, for that new real future which was replacing the imaginary drew its material from the endless minutiae by which her view of Mr. Casaubon and her wifely relation, now that she was married to him, was gradually changing with the secret motion of a watch-hand from what it had been in her maiden dream.” source

“It's extraordinary how we go through life with eyes half shut, with dull ears, with dormant thoughts. Perhaps it's just as well; and it may be that it is this very dullness that makes life to the incalculable majority so supportable and so welcome.” Joseph Conrad, Lord Jim

“Death must be so beautiful. To lie in the soft brown earth, with the grasses waving above one's head, and listen to silence. To have no yesterday, and no to-morrow. To forget time, to forget life, to be at peace.” Oscar Wilde, The Canterville Ghost

“If we have only one life to live, we might as well not have lived at all.” Milan Kundera, The Unbearable Lightness of Being

“The weariest and most loathed worldly life that age, ache, penury, and imprisonment can lay on nature is a paradise to what we fear of death.” William Shakespeare, Measure for Measure

“For there is no such thing as perpetual Tranquillity of mind, while we live here; because Life itself is but Motion, and can never be without Desire, nor without Feare, no more than without Sense.” Thomas Hobbes, Leviathan

“The tragedy is that our eternal welfare depends upon our hearing, and we have trained our ears not to hear.” A. W. Tozer, The Pursuit of God

“Silence, I discover, is something you can actually hear.” Haruki Murakami, Kafka on the Shore 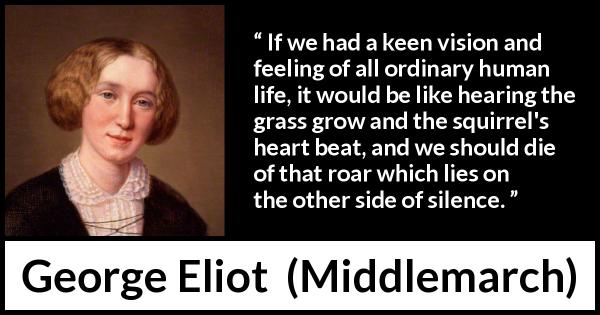 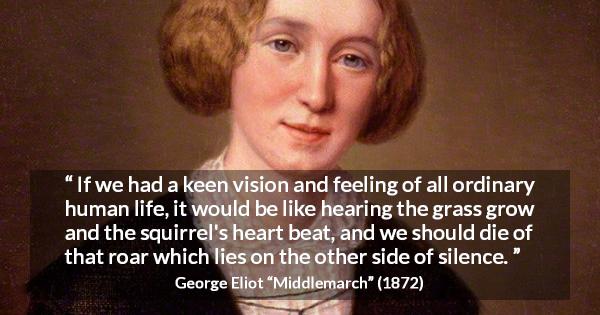 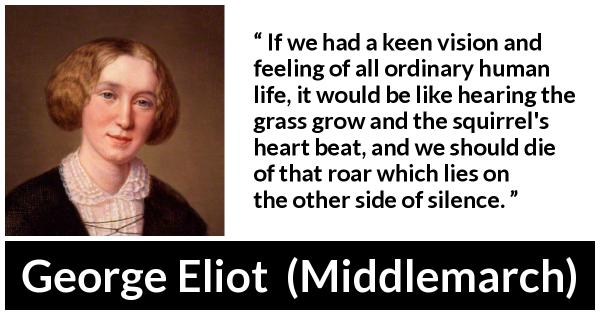 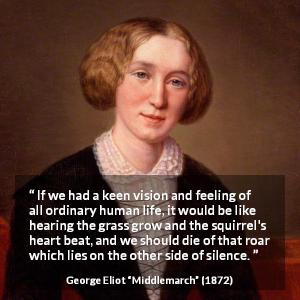 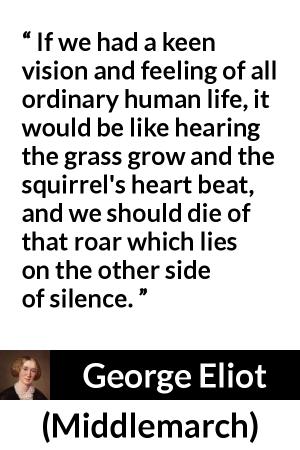