“ Of all forms of caution, caution in love is perhaps the most fatal to true happiness. ”
Bertrand Russell, The Conquest of Happiness (1930). copy citation

“I do not say that they should be carefully avoided, since the steps necessary to this end would be likely to interfere also with the occasions where a more valuable and profound affection could grow up. But I do say that the only sex relations that have real value are those in which there is no reticence and in which the whole personality of both becomes merged in a new collective personality. Of all forms of caution, caution in love is perhaps the most fatal to true happiness.
Chapter 13: The family Of all the institutions that have come down to us from the past none is in the present day so disorganised and derailed as the family. Affection of parents for children and of children for parents is capable of being one of the greatest sources of happiness, but in fact at the present day the relations of parents and children are, in nine cases out of ten, a source of unhappiness to both parties, and in ninety-nine cases out of a hundred a source of unhappiness to at least one of the two parties.” source

“In love, unlike politics, caution is not usually a virtue.” Nelson Mandela, Long Walk to Freedom

“Love is the most selfish of all the passions.” Alexandre Dumas, The Three Musketeers

“Most friendship is feigning, most loving mere folly” William Shakespeare, As You Like It

“love can harm the lover when it is excessive.” Umberto Eco, The Name of the Rose

“The supreme happiness of life consists in the conviction that one is loved; loved for one's own sake—let us say rather, loved in spite of one's self; this conviction the blind man possesses.” Victor Hugo, Les Misérables 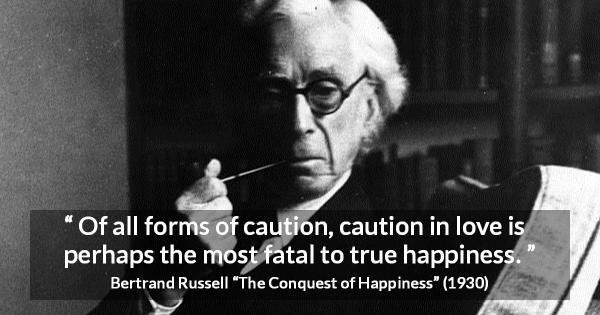 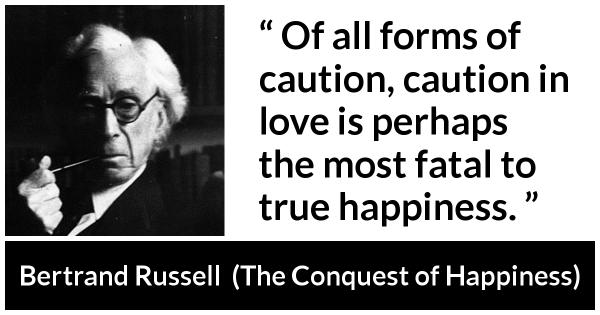 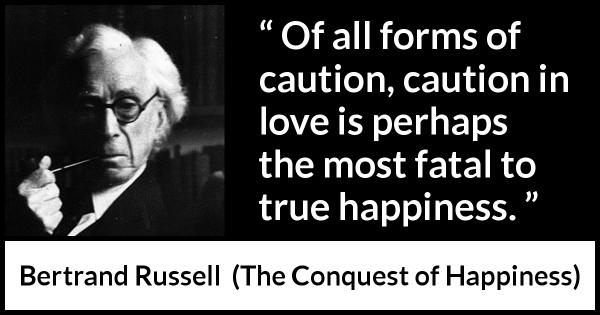 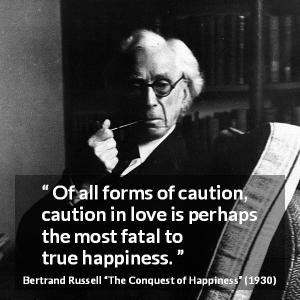 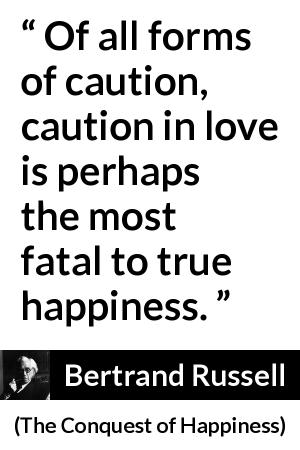 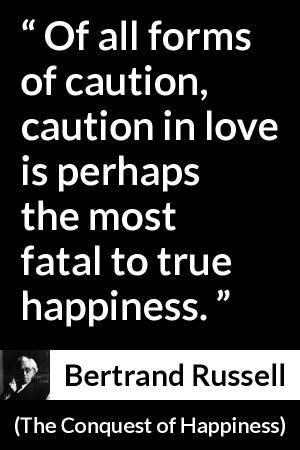