“ I have to be won all over again every time you see me. ”
F. Scott Fitzgerald, This Side of Paradise (1920). copy citation

“GILLESPIE: I love you.
ROSALIND: (Coldly) I know it.
GILLESPIE: And you haven't kissed me for two weeks. I had an idea that after a girl was kissed she was—was—won.
ROSALIND: Those days are over. I have to be won all over again every time you see me.
GILLESPIE: Are you serious?
ROSALIND: About as usual. There used to be two kinds of kisses: First when girls were kissed and deserted; second, when they were engaged. Now there's a third kind, where the man is kissed and deserted.” source

“I have to win this now, and for all time, or I’ll fight it every day and it will get worse and worse.” Orson Scott Card, Ender's Game

“You have been the one encounter in my life that can never be repeated.” Ayn Rand, The Fountainhead 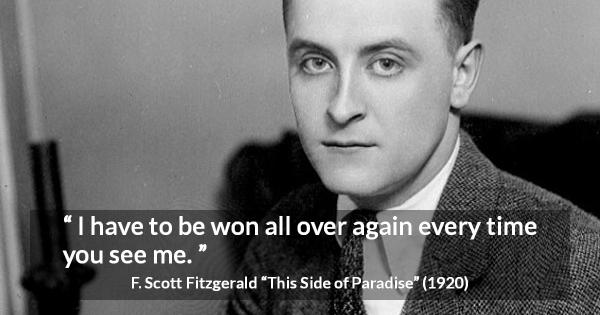 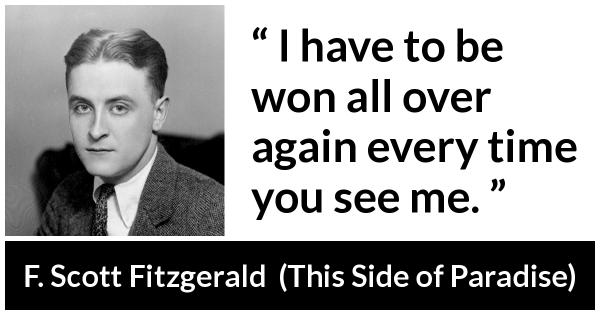 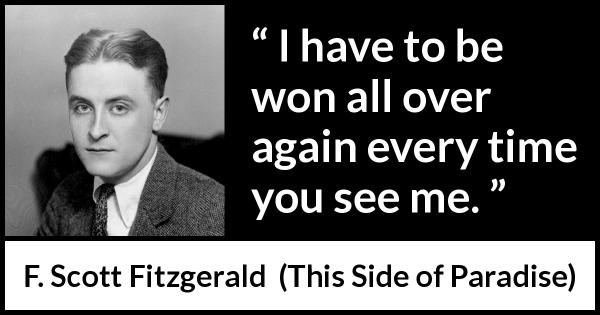 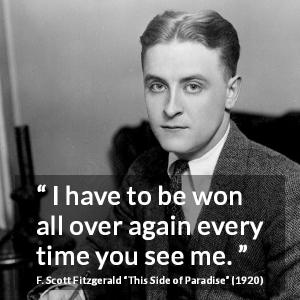 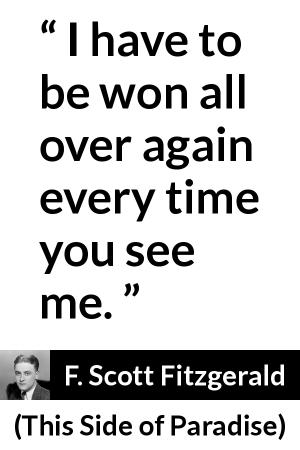 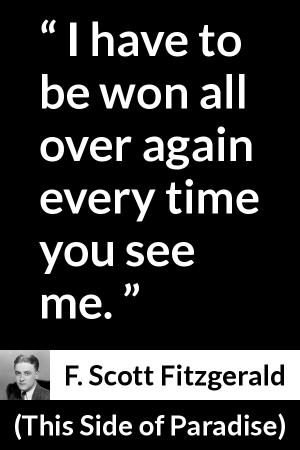