This Side of Paradise quotes

This Side of Paradise is F. Scott Fitzgerald's first novel and was published in 1920. The book depicts the American young people's lifestyle between the two world wars. This publishing success will allow Fitzgerald to marry Zelda Sayre.

Amory Blaine is a young man who is convinced of his great future and is a brilliant student at Princeton. After a disappointing romantic relationship with a young woman from Minneapolis, he joins the army during World War I. Back after the war, he starts a new romance with Rosalind, a woman from New York, but she prefers to marry a wealthier man, which leaves Amory in despair. 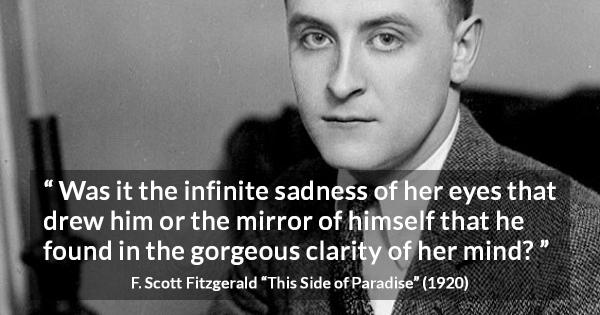 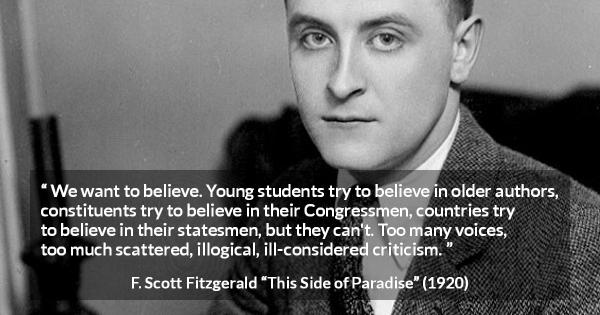 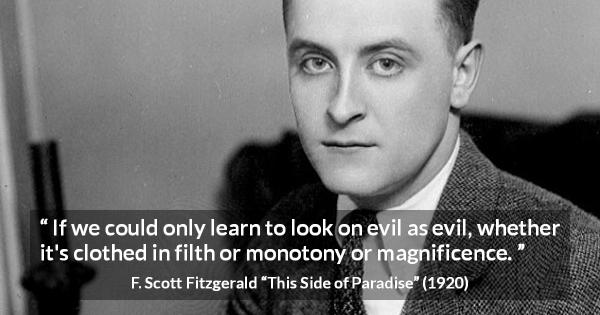 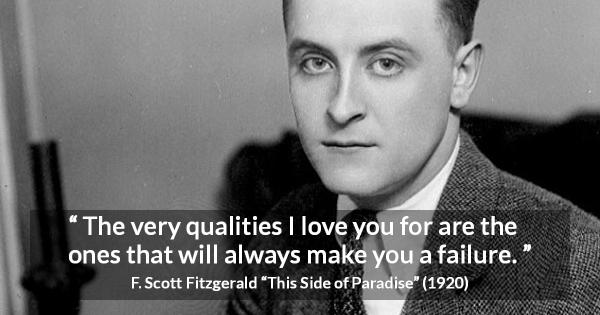 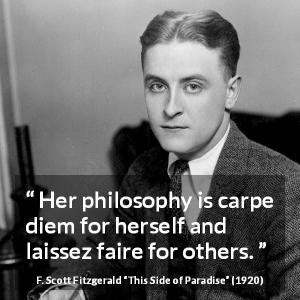 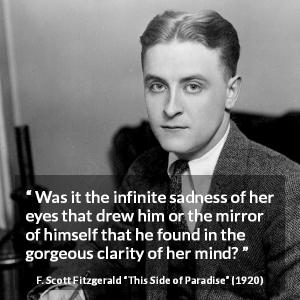 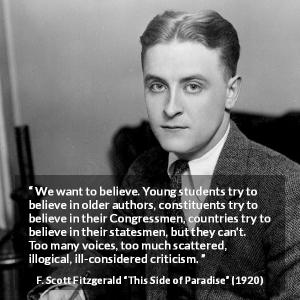 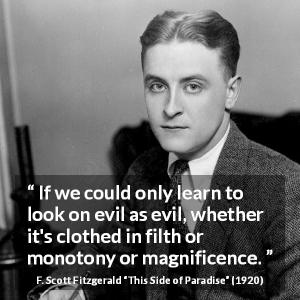 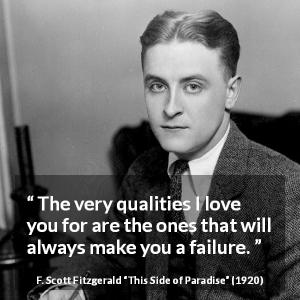