“ They slipped briskly into an intimacy from which they never recovered. ”
F. Scott Fitzgerald, This Side of Paradise (1920). copy citation

“«Oh, you're different—I think of Princeton as being lazy and good-looking and aristocratic—you know, like a spring day. Harvard seems sort of indoors—»
«And Yale is November, crisp and energetic,» finished Monsignor.
«That's it.»
They slipped briskly into an intimacy from which they never recovered.
«I was for Bonnie Prince Charlie,» announced Amory.
«Of course you were—and for Hannibal—» «Yes, and for the Southern Confederacy.» He was rather sceptical about being an Irish patriot—he suspected that being Irish was being somewhat common—but Monsignor assured him that Ireland was a romantic lost cause and Irish people quite charming, and that it should, by all means, be one of his principal biasses.” source

“And when one of them meets with his other half, the actual half of himself, whether he be a lover of youth or a lover of another sort, the pair are lost in an amazement of love and friendship and intimacy, and one will not be out of the other's...” Plato, Symposium

“They spoke very little of their mutual feeling; pretty phrases and warm expressions being probably unnecessary between such tried friends.” Thomas Hardy, Far from the Madding Crowd

“Celibacy goes deeper than the flesh.” F. Scott Fitzgerald, This Side of Paradise

“The meeting of two personalities is like the contact of two chemical substances: if there is any reaction, both are transformed.” Carl Jung, Modern Man in Search of a Soul

“The glance has been so much abused in love romances that it has finally fallen into disrepute. One hardly dares to say, nowadays, that two beings fell in love because they looked at each other. That is the way people do fall in love,...” Victor Hugo, Les Misérables 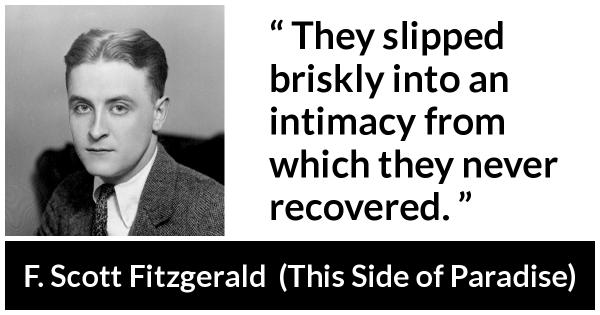 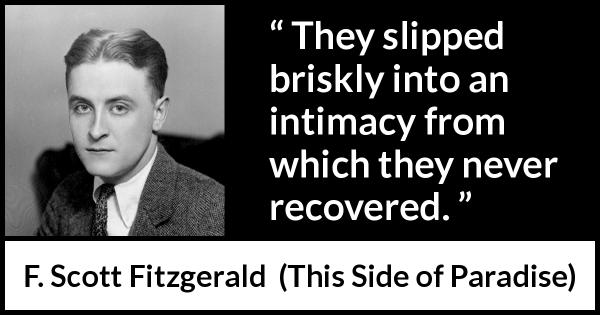 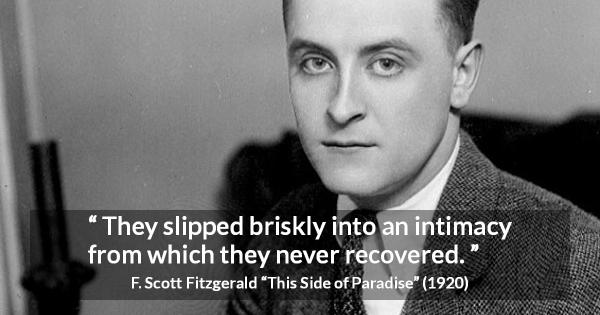 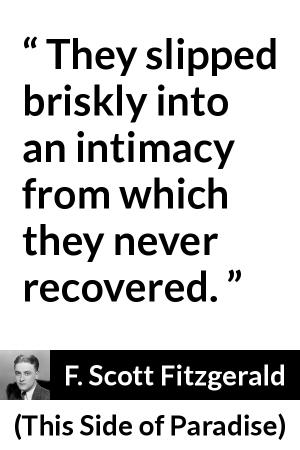 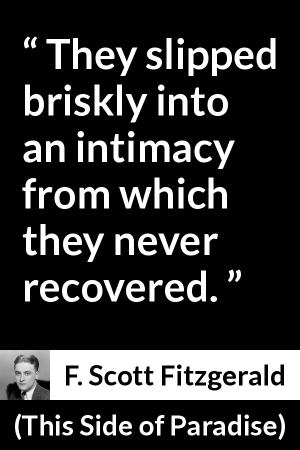 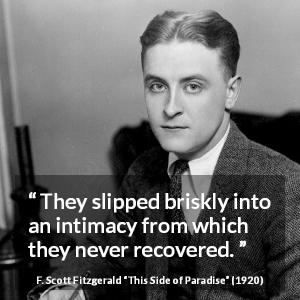