“ About here, she thought, dabbling her fingers in the water, a ship had sunk, and she murmured, dreamily half asleep, how we perished, each alone. ”
Virginia Woolf, To the Lighthouse (1927). copy citation

“But the leaf was losing its sharpness. It was very small; it was very distant. The sea was more important now than the shore. Waves were all round them, tossing and sinking, with a log wallowing down one wave; a gull riding on another. About here, she thought, dabbling her fingers in the water, a ship had sunk, and she murmured, dreamily half asleep, how we perished, each alone.
Chapter 11 So much depends then, thought Lily Briscoe, looking at the sea which had scarcely a stain on it, which was so soft that the sails and the clouds seemed set in its blue, so much depends, she thought, upon distance: whether people are near us or far from us; for her feeling for Mr. Ramsay changed as he sailed further and further across the bay.” source

“And all the while one spirit uttered this, The other one did weep so, that, for pity, I swooned away as if I had been dying, And fell, even as a dead body falls.” Dante Alighieri, Divine Comedy

“I am alone in this white, garden-rimmed street. Alone and free. But this freedom is rather like death.” Jean-Paul Sartre, Nausea 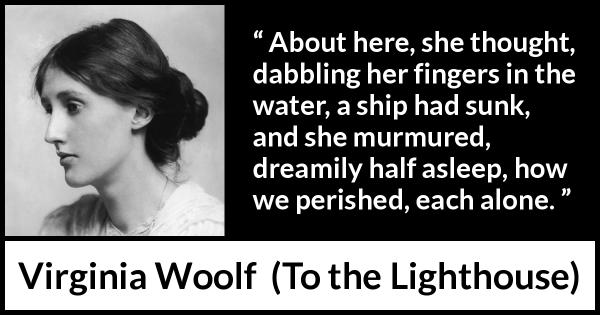 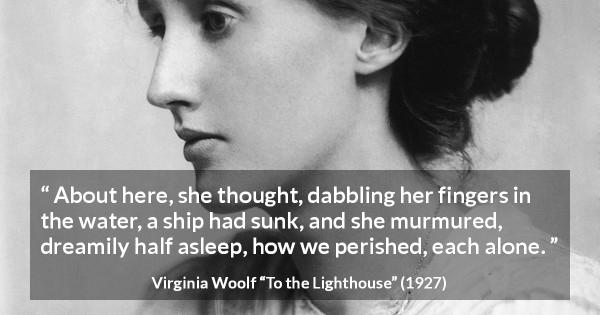 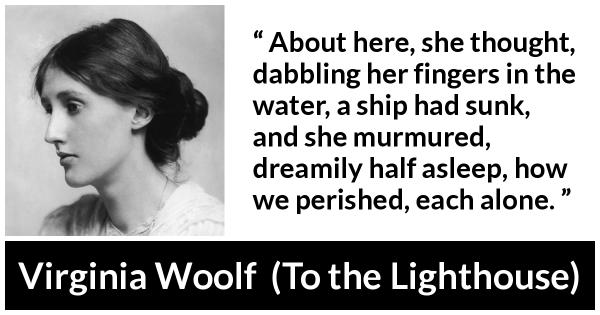 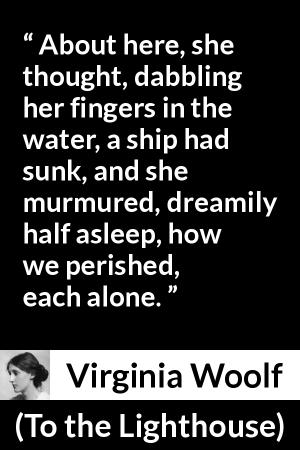 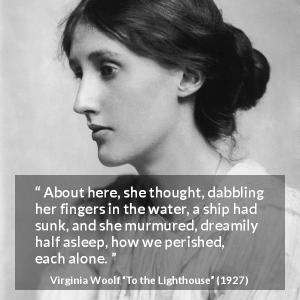 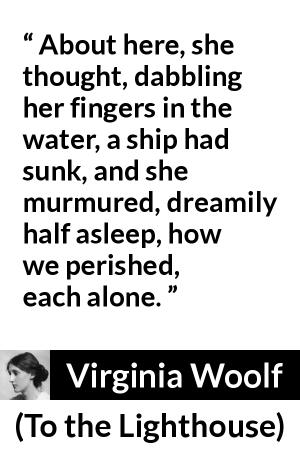