“ remember that what has once been done may be done again. ”
Alexandre Dumas, The Count of Monte Cristo (1845). copy citation

“Faria had dug his way through fifty feet, Dantès would dig a hundred; Faria, at the age of fifty, had devoted three years to the task; he, who was but half as old, would sacrifice six; Faria, a priest and savant, had not shrunk from the idea of risking his life by trying to swim a distance of three miles to one of the islands—Daume, Rattonneau, or Lemaire; should a hardy sailor, an experienced diver, like himself, shrink from a similar task; should he, who had so often for mere amusement's sake plunged to the bottom of the sea to fetch up the bright coral branch, hesitate to entertain the same project? He could do it in an hour, and how many times had he, for pure pastime, continued in the water for more than twice as long! At once Dantès resolved to follow the brave example of his energetic companion, and to remember that what has once been done may be done again.
After continuing some time in profound meditation, the young man suddenly exclaimed, «I have found what you were in search of!»
Faria started: «Have you, indeed?» cried he, raising his head with quick anxiety; «pray, let me know what it is you have discovered?»” source
Original quote
“Tout ce qu'un autre a fait ou aurait pu faire, Dantès le fera.” Alexandre Dumas, Le Comte de Monte-Cristo

“Those who cannot remember the past are condemned to repeat it.” George Santayana, The Life of Reason 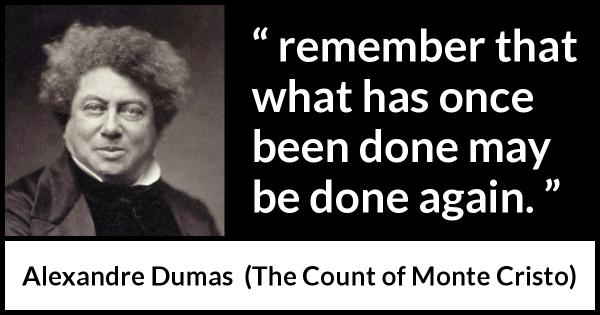 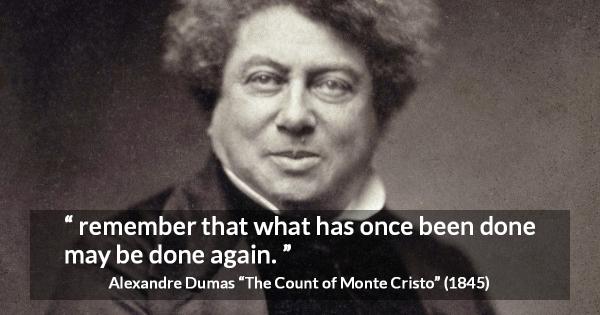 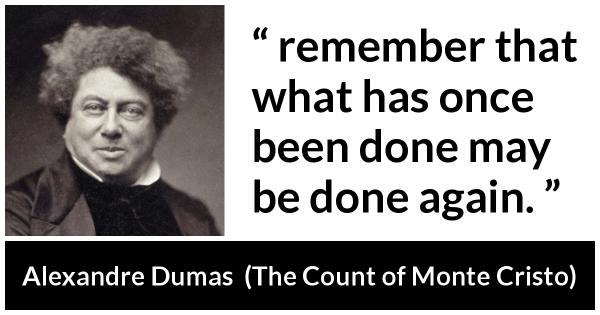 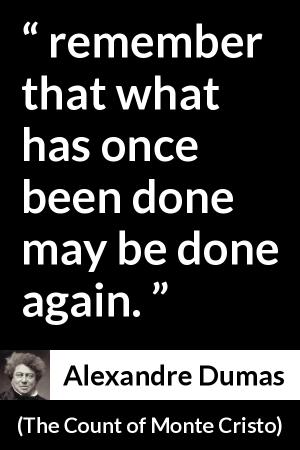 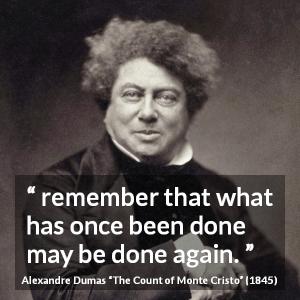 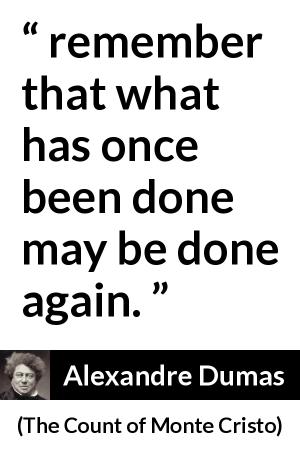