“ All falsehood is a mask; and however well made the mask may be, with a little attention we may always succeed in distinguishing it from the true face. ”
Alexandre Dumas, The Three Musketeers (1844). copy citation

“In fact, in addition to that yellow, sickly paleness which indicates the insinuation of the bile in the blood, and which might, besides, be accidental, d'Artagnan remarked something perfidiously significant in the play of the wrinkled features of his countenance. A rogue does not laugh in the same way that an honest man does; a hypocrite does not shed the tears of a man of good faith. All falsehood is a mask; and however well made the mask may be, with a little attention we may always succeed in distinguishing it from the true face.
It appeared, then, to d'Artagnan that M. Bonacieux wore a mask, and likewise that that mask was most disagreeable to look upon. In consequence of this feeling of repugnance, he was about to pass without speaking to him, but, as he had done the day before, M. Bonacieux accosted him.” source
Original quote
“Toute fausseté est un masque, et si bien fait que soit le masque, on arrive toujours, avec un peu d'attention, à le distinguer du visage.” Alexandre Dumas, Les Trois Mousquetaires

“A mask tells us more than a face.” Oscar Wilde, Intentions

“Make our faces vizards to our hearts, disguising what they are.” William Shakespeare, Macbeth

“We become so accustomed to disguise ourselves to others that at last we are disguised to ourselves.” François de La Rochefoucauld, Reflections; or Sentences and Moral Maxims

“Sometimes people carry to such perfection the mask they have assumed that in due course they actually become the person they seem.” W. Somerset Maugham, The Moon and Sixpence 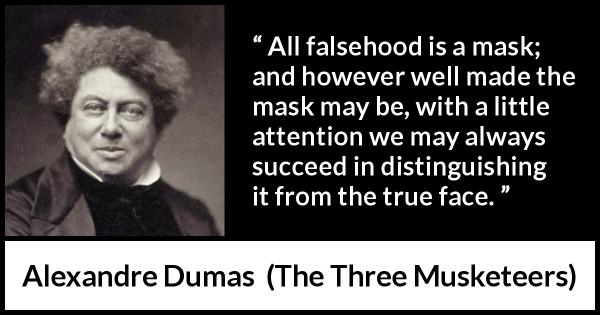 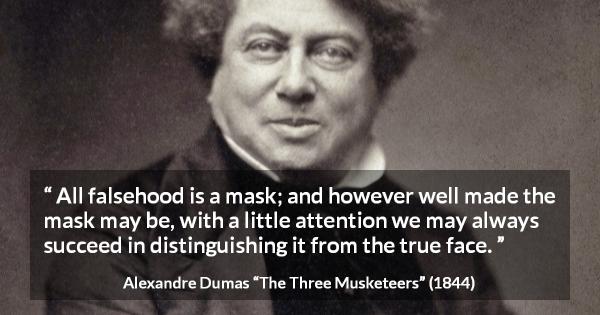 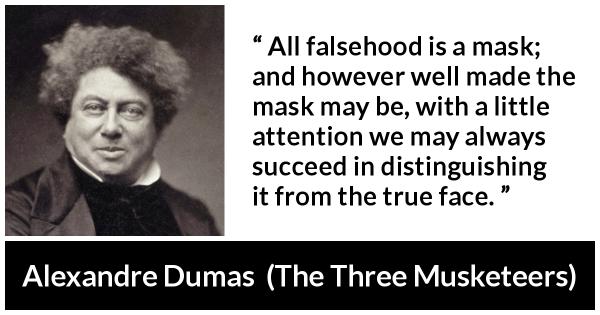 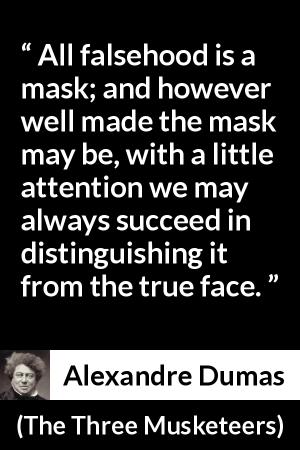 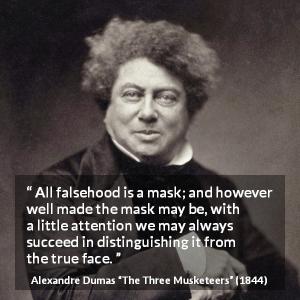 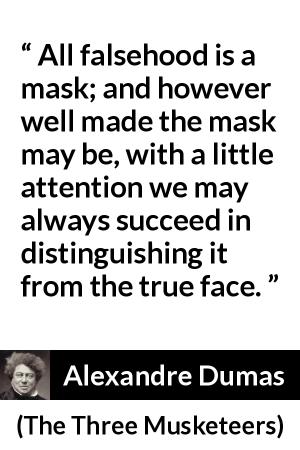