“ No man, for any considerable period, can wear one face to himself, and another to the multitude, without finally getting bewildered as to which may be the true. ”
Nathaniel Hawthorne, The Scarlet Letter (1850). copy citation

“We have had, and may still have, worse things to tell of him; but none, we apprehend, so pitiably weak; no evidence, at once so slight and irrefragable, of a subtle disease, that had long since begun to eat into the real substance of his character. No man, for any considerable period, can wear one face to himself, and another to the multitude, without finally getting bewildered as to which may be the true.
The excitement of Mr. Dimmesdale's feelings, as he returned from his interview with Hester, lent him unaccustomed physical energy, and hurried him townward at a rapid pace. The pathway among the woods seemed wilder, more uncouth with its rude natural obstacles, and less trodden by the foot of man, than he remembered it on his outward journey.” source

“They are actors playing parts that are real only for us; they are the masks behind which we see our own faces.” Neil Gaiman, American Gods

“For untruth being unacceptable to the mind of man, there is no other defence left for absurdity but obscurity.” John Locke, An Essay Concerning Human Understanding

“Sin is a thing that writes itself across a man's face. It cannot be concealed.” Oscar Wilde, The Picture of Dorian Gray

“A man never begins by positing himself as an individual of a certain sex: that he is a man is obvious.” Simone de Beauvoir, The Second Sex

“Man is least himself when he talks in his own person. Give him a mask, and he will tell you the truth.” Oscar Wilde, Intentions 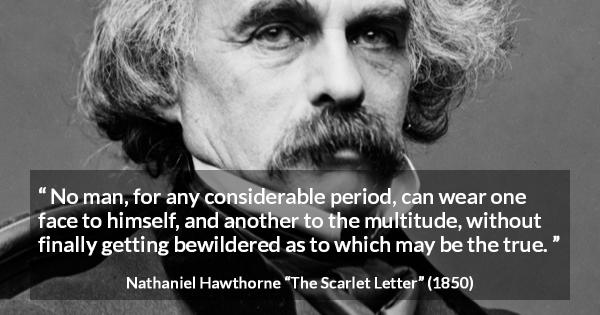 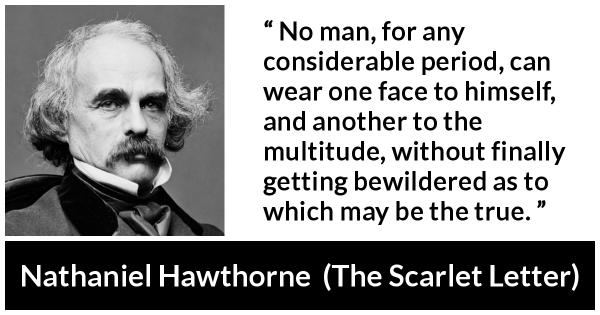 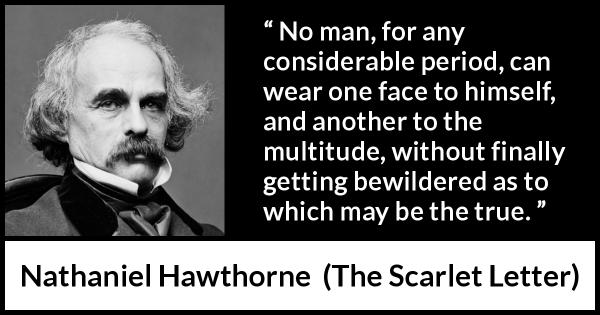 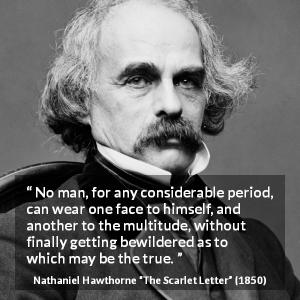 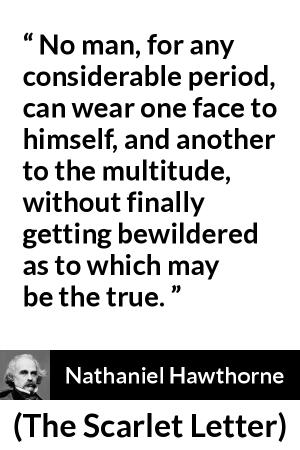 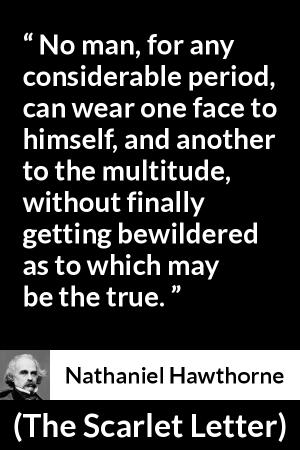