“ Man is least himself when he talks in his own person. Give him a mask, and he will tell you the truth. ”
Oscar Wilde, Intentions (1891). copy citation

“Action being limited would have left Shakespeare unsatisfied and unexpressed; and, just as it is because he did nothing that he has been able to achieve everything, so it is because he never speaks to us of himself in his plays that his plays reveal him to us absolutely, and show us his true nature and temperament far more completely than do those strange and exquisite sonnets, even, in which he bares to crystal eyes the secret closet of his heart. Yes, the objective form is the most subjective in matter. Man is least himself when he talks in his own person. Give him a mask, and he will tell you the truth.
Ernest. The critic, then, being limited to the subjective form, will necessarily be less able fully to express himself than the artist, who has always at his disposal the forms that are impersonal and objective.” source

“A man is more a man through the things he keeps to himself than through those he says.” Albert Camus, The Myth of Sisyphus

“To talk much about oneself may also be a means of concealing oneself. ” Friedrich Nietzsche, Beyond Good and Evil 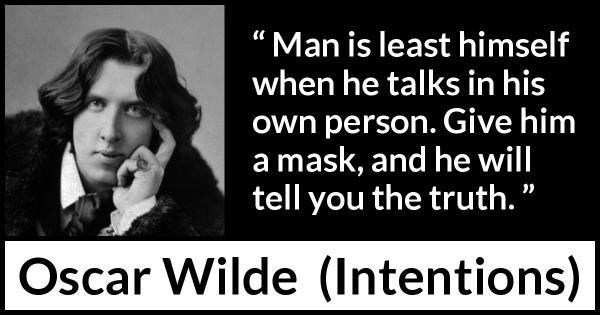 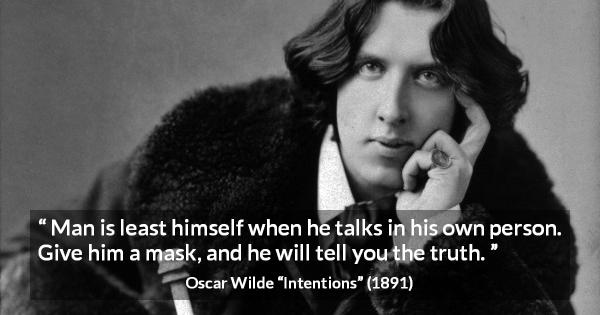 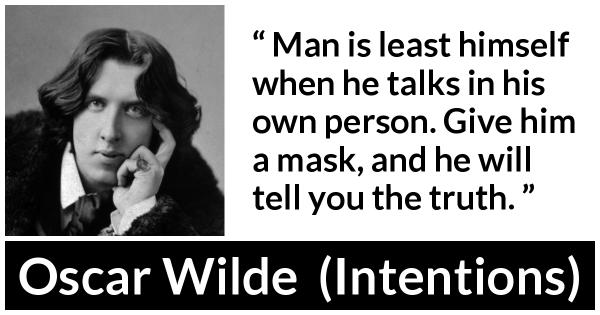 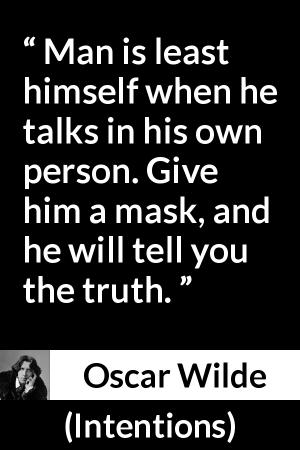 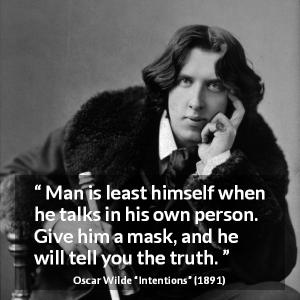 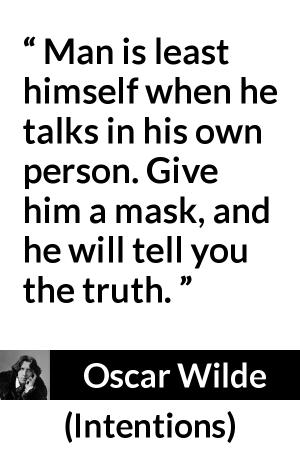