“ I love New York on summer afternoons when every one's away. There's something very sensuous about it—overripe, as if all sorts of funny fruits were going to fall into your hands. ”
F. Scott Fitzgerald, The Great Gatsby (1925). copy citation

“Instinct made him step on the accelerator with the double purpose of overtaking Daisy and leaving Wilson behind, and we sped along toward Astoria at fifty miles an hour, until, among the spidery girders of the elevated, we came in sight of the easy-going blue coupé.
«Those big movies around Fiftieth Street are cool,» suggested Jordan. «I love New York on summer afternoons when every one's away. There's something very sensuous about it — overripe, as if all sorts of funny fruits were going to fall into your hands.»
The word «sensuous» had the effect of further disquieting Tom, but before he could invent a protest the coupe came to a stop, and Daisy signaled us to draw up alongside.
«Where are we going?»” source

“It was one of those March days when the sun shines hot and the wind blows cold: when it is summer in the light, and winter in the shade.” Charles Dickens, Great Expectations

“And so with the sunshine and the great bursts of leaves growing on the trees—just as things grow in fast movies—I had that familiar conviction that life was beginning over again with the summer.” F. Scott Fitzgerald, The Great Gatsby 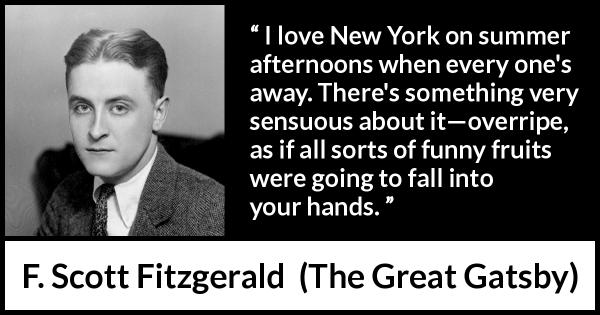 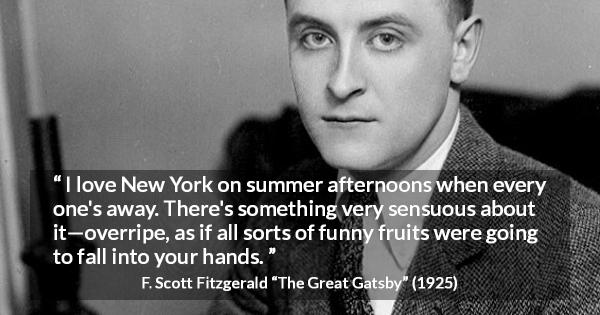 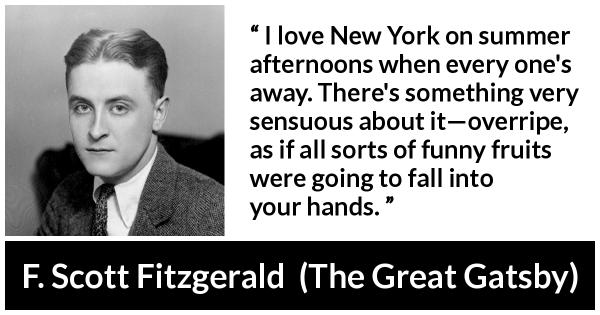 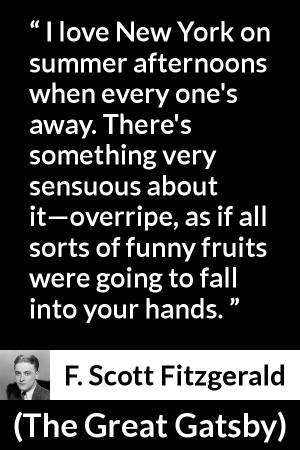 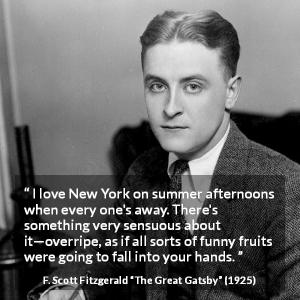 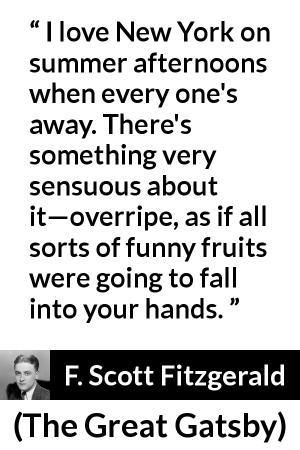