“ The realities of life do not allow themselves to be forgotten. ”
Victor Hugo, Les Misérables (1862). copy citation

“He was in accord neither with his grandfather nor with his friends; daring in the eyes of the one, he was behind the times in the eyes of the others, and he recognized the fact that he was doubly isolated, on the side of age and on the side of youth. He ceased to go to the Café Musain.
In the troubled state of his conscience, he no longer thought of certain serious sides of existence. The realities of life do not allow themselves to be forgotten. They soon elbowed him abruptly.
One morning, the proprietor of the hotel entered Marius' room and said to him:— «Monsieur Courfeyrac answered for you.»
«Yes.»
«But I must have my money.»” source
Original quote
“Les réalités de la vie ne se laissent pas oublier.” Victor Hugo, Les Misérables

“I had considered how the things that never happen, are often as much realities to us, in their effects, as those that are accomplished.” Charles Dickens, David Copperfield

“Men will not look at things as they really are, but as they wish them to be—and are ruined.” Niccolò Machiavelli, The Prince 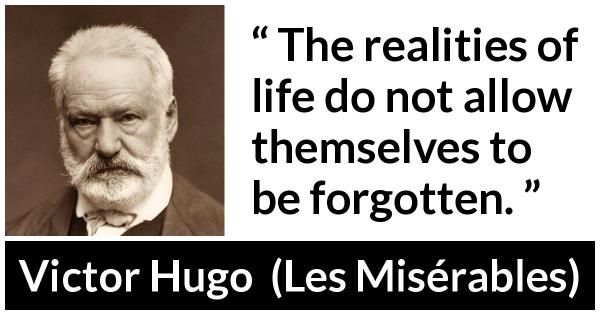 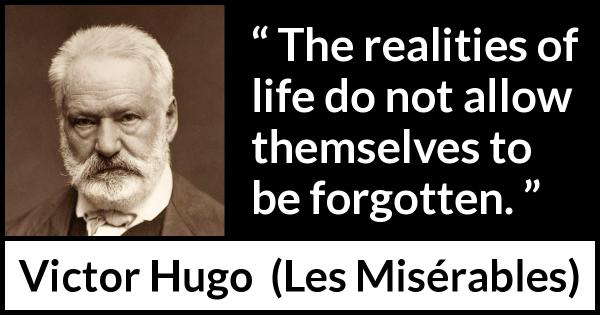 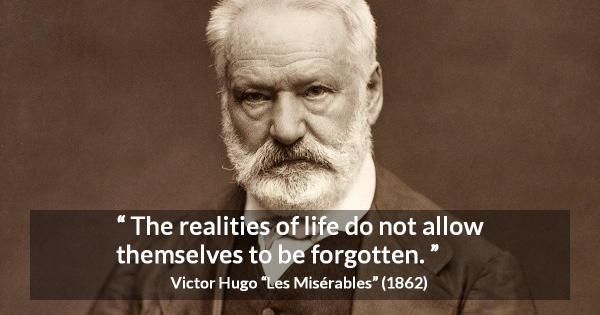 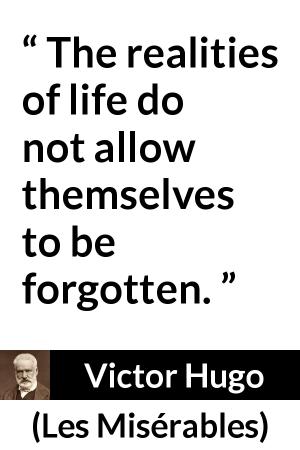 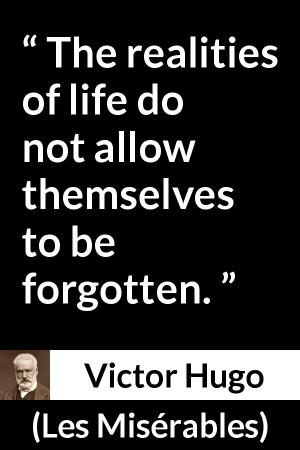 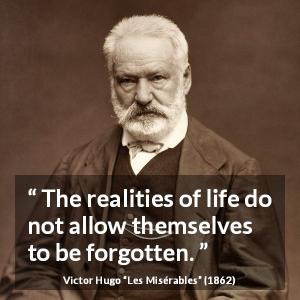