“ We must keep our thought secret, and judge everything by it, while talking like the people. ”
Blaise Pascal, Pensées (1670). copy citation

“The reason of effects.—It is then true to say that all the world is under a delusion; for, although the opinions of the people are sound, they are not so as conceived by them, since they think the truth to be where it is not. Truth is indeed in their opinions, but not at the point where they imagine it. [Thus] it is true that we must honour noblemen, but not because noble birth is real superiority, etc.
336 The reason of effects.—We must keep our thought secret, and judge everything by it, while talking like the people. 337 The reason of effects.—Degrees. The people honour persons of high birth. The semi-learned despise them, saying that birth is not a personal, but a chance superiority. The learned honour them, not for popular reasons, but for secret reasons.” source
Original quote
“Il faut avoir une pensée de derrière, et juger de tout par là, en parlant cependant comme le peuple.” Blaise Pascal, Pensées

“Our toil must be in silence, and our efforts all in secret. For in this enlightened age, when men believe not even what they see, the doubting of wise men would be his greatest strength.” Bram Stoker, Dracula

“But a thought must directly, or indirectly, by means of certain signs, relate ultimately to intuitions; consequently, with us, to sensibility, because in no other way can an object be given to us.” Immanuel Kant, Critique of Pure Reason

“He thought much but said little, unless it was to call loudly for men to bring him fire and food.” J. R. R. Tolkien, The Hobbit 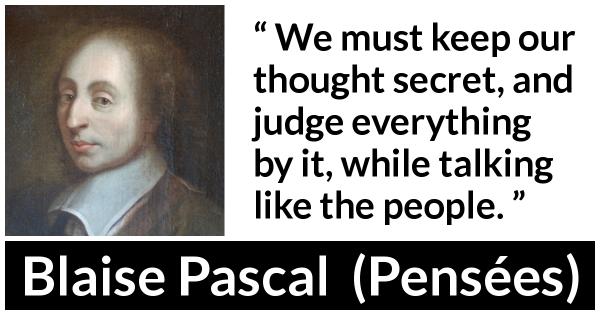 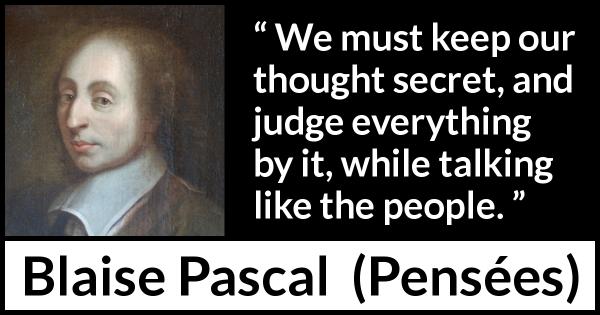 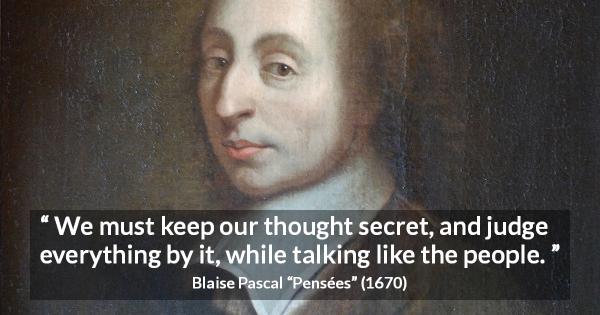 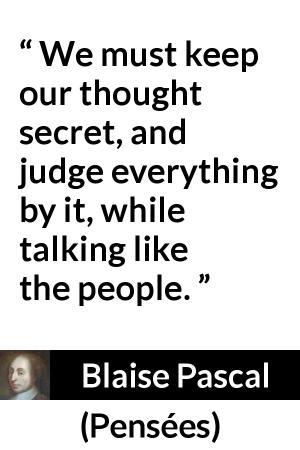 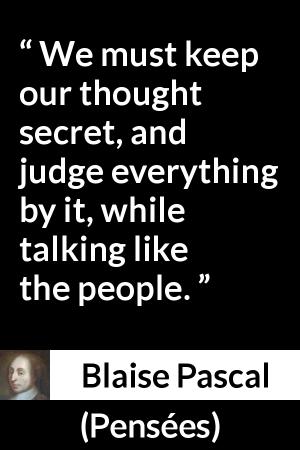 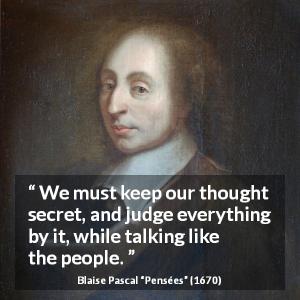