“ You shall judge of a man by his foes as well as by his friends ”
Joseph Conrad, Lord Jim (1900). copy citation

“After this nothing could matter. It did not matter who suspected him, who trusted him, who loved him, who hated him—especially as it was Cornelius who hated him.
'Yet after all this was a kind of recognition. You shall judge of a man by his foes as well as by his friends, and this enemy of Jim was such as no decent man would be ashamed to own, without, however, making too much of him. This was the view Jim took, and in which I shared; but Jim disregarded him on general grounds. «My dear Marlow,» he said, «I feel that if I go straight nothing can touch me. indeed I do. Now you have been long enough here to have a good look round—and, frankly, don't you think I am pretty safe?” source

“One has a right to judge of a man by the effect he has over his friends.” Oscar Wilde, The Picture of Dorian Gray

“Trusting no man as his friend, he could not recognize his enemy when the latter actually appeared.” Nathaniel Hawthorne, The Scarlet Letter

“The man of knowledge must be able not only to love his enemies, but also to hate his friends.” Friedrich Nietzsche, Thus Spoke Zarathustra

“No man means evil but the devil, and we shall know him by his horns.” William Shakespeare, The Merry Wives of Windsor 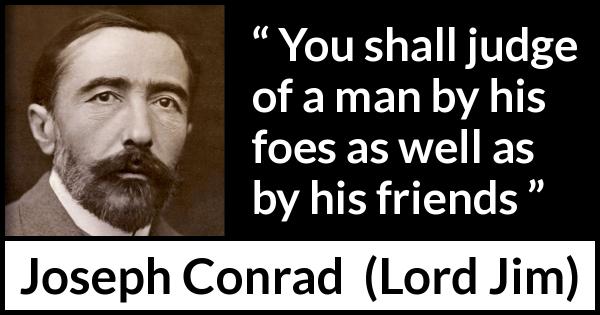 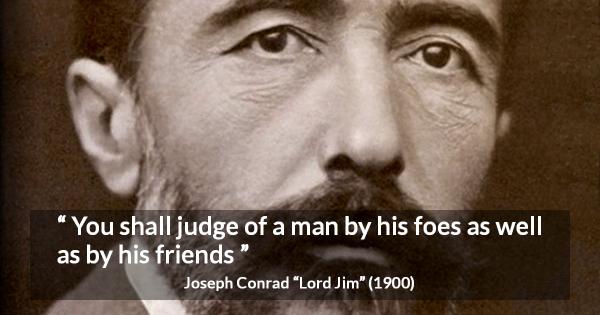 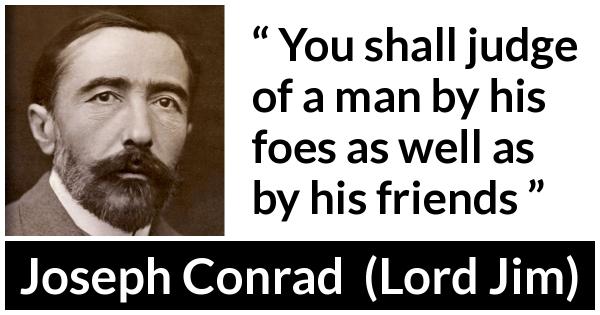 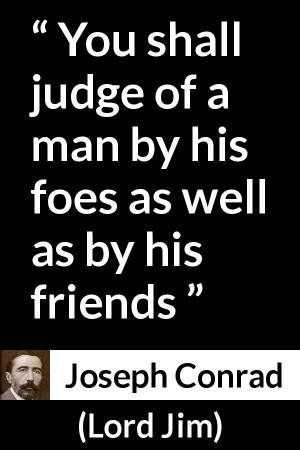 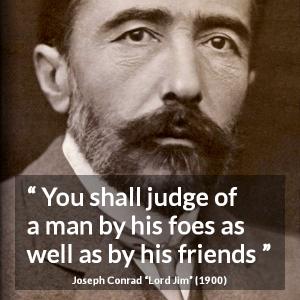 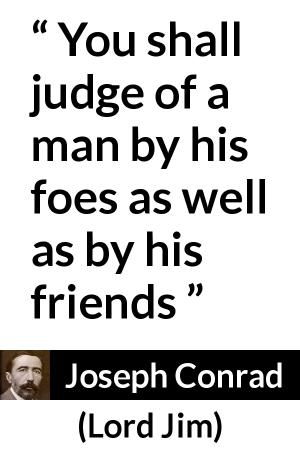