“ All animals are equal but some animals are more equal than others. ”
George Orwell, Animal Farm (1945). copy citation

“Are the Seven Commandments the same as they used to be, Benjamin?'
For once Benjamin consented to break his rule, and he read out to her what was written on the wall. There was nothing there now except a single Commandment. It ran:
ALL ANIMALS ARE EQUAL BUT SOME ANIMALS ARE MORE EQUAL THAN OTHERS. After that it did not seem strange when next day the pigs who were supervising the work of the farm all carried whips in their trotters. It did not seem strange to learn that the pigs had bought themselves a wireless set, were arranging to install a telephone, and had taken out subscriptions to John Bull, Tit-Bits and the Daily Mirror.” source

“All men are enemies. All animals are comrades.” George Orwell, Animal Farm

“Dogs do not have many advantages over people, but one of them is extremely important: euthanasia is not forbidden by law in their case; animals have the right to a merciful death.” Milan Kundera, The Unbearable Lightness of Being

“All animals, except man, know that the principal business of life is to enjoy it—and they do enjoy it as much as man and other circumstances will allow.” Samuel Butler, The Way of All Flesh

“Democracy, for example, arises out of the notion that those who are equal in any respect are equal in all respects; because men are equally free, they claim to be absolutely equal.” Aristotle, Politics

“We must all be alike. Not everyone born free and equal, as the Constitution says, but everyone made equal. Each man the image of every other; then all are happy, for there are no mountains to make them cower, to judge themselves against.” Ray Bradbury, Fahrenheit 451

“The demand for equal rights in every vocation of life is just and fair; but, after all, the most vital right is the right to love and be loved.” Emma Goldman, Anarchism and Other Essays

“if all things were equally in all men, nothing would be prized.” Thomas Hobbes, Leviathan

“No question, now, what had happened to the faces of the pigs. The creatures outside looked from pig to man, and from man to pig, and from pig to man again; but already it was impossible to say which was which.” George Orwell, Animal Farm 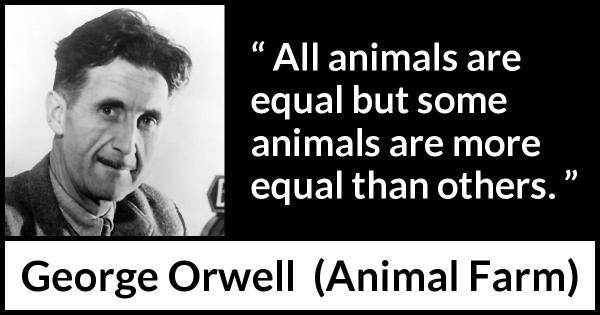 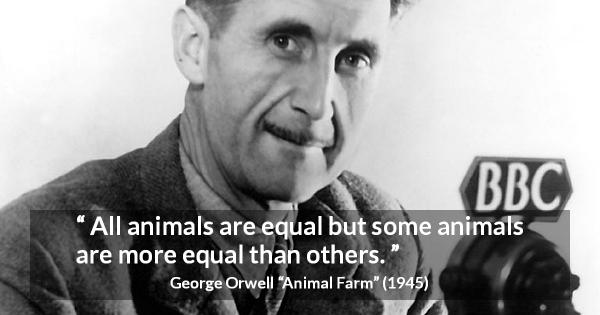 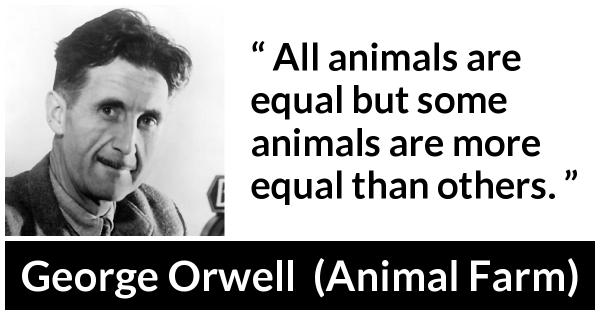 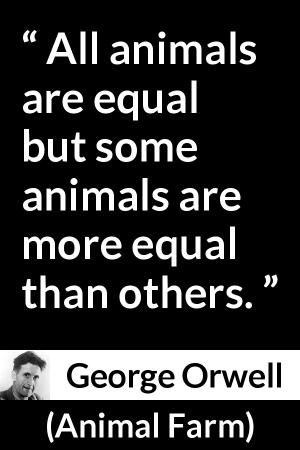 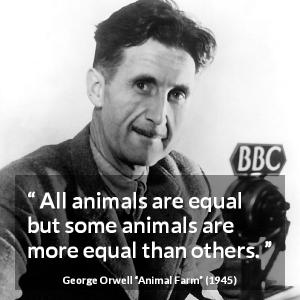 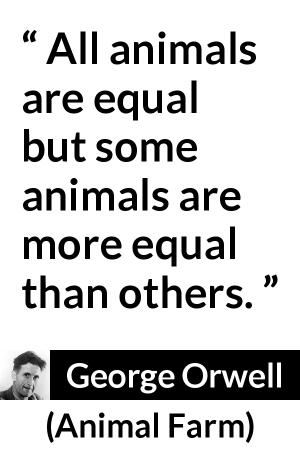