“ Welcome to my house. Come freely. Go safely; and leave something of the happiness you bring! ”
Bram Stoker, Dracula (1897). copy citation

“The instant, however, that I had stepped over the threshold, he moved impulsively forward, and holding out his hand grasped mine with a strength which made me wince, an effect which was not lessened by the fact that it seemed as cold as ice—more like the hand of a dead than a living man. Again he said:—
«Welcome to my house. Come freely. Go safely; and leave something of the happiness you bring!» The strength of the handshake was so much akin to that which I had noticed in the driver, whose face I had not seen, that for a moment I doubted if it were not the same person to whom I was speaking; so to make sure, I said interrogatively:—” source 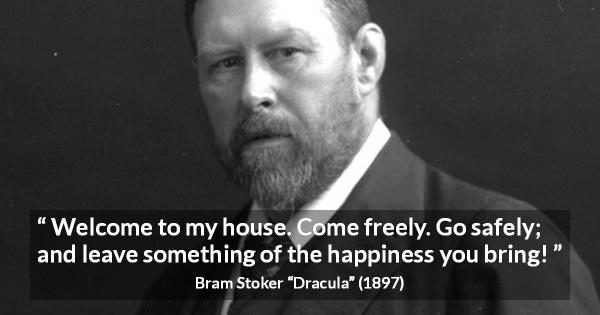 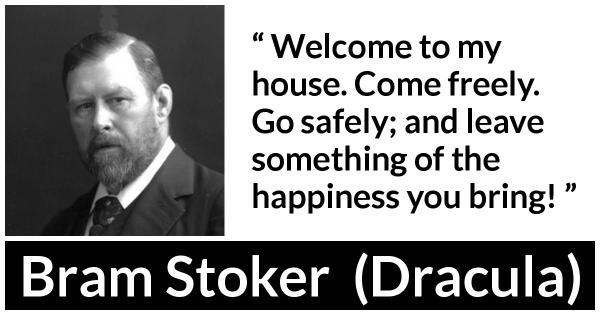 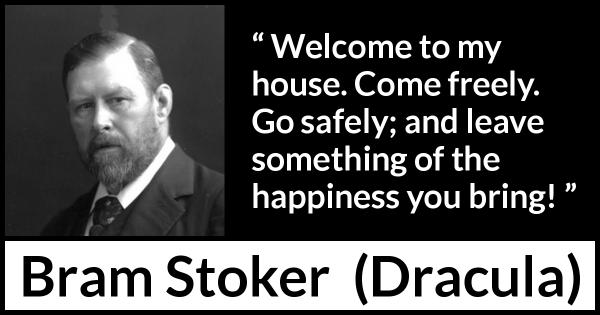 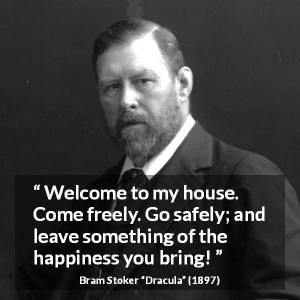 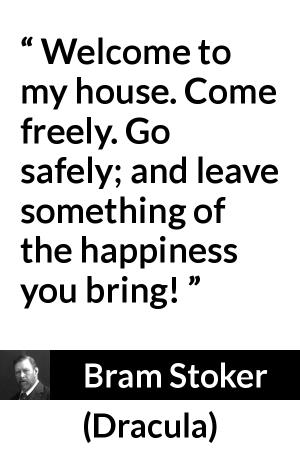 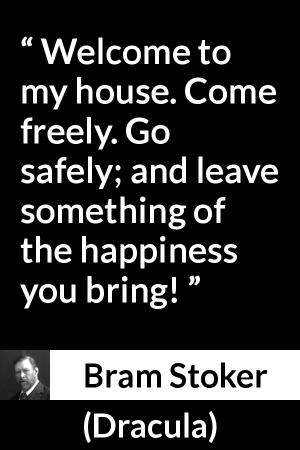