“ Often, the less there is to justify a traditional custom, the harder it is to get rid of it. ”
Mark Twain, The Adventures of Tom Sawyer (1876). copy citation

“Mr. Sprague turned himself into a bulletin-board, and read off «notices» of meetings and societies and things till it seemed that the list would stretch out to the crack of doom—a queer custom which is still kept up in America, even in cities, away here in this age of abundant newspapers. Often, the less there is to justify a traditional custom, the harder it is to get rid of it.
And now the minister prayed. A good, generous prayer it was, and went into details: it pleaded for the church, and the little children of the church; for the other churches of the village; for the village itself; for the county; for the State; for the State officers; for the United States; for the churches of the United States; for Congress; for the President; for the officers of the Government; for poor sailors, tossed by stormy seas; for the oppressed millions groaning under the heel of European monarchies and Oriental despotisms; for such as have the light and the good tidings, and yet have not eyes to see nor ears to hear withal; for the heathen in the far islands of the sea; and closed with a supplication that the words he was about to speak might find grace and favor, and be as seed sown in fertile ground, yielding in time a grateful harvest of good.” source

“There are times when custom can be the higher law.” Isaac Asimov, Foundation

“Old fashions please me best; I am not so nice to change true rules for odd inventions.” William Shakespeare, The Taming of the Shrew

“Such is the influence of custom, that, where it is strongest, it not only covers our natural ignorance, but even conceals itself, and seems not to take place, merely because it is found in the highest degree.” David Hume, An Enquiry Concerning Human Understanding

“What's great about this country is that America started the tradition where the richest consumers buy essentially the same things as the poorest. You can be watching TV and see Coca-Cola, and you can know that the President drinks Coke, Liz...” Andy Warhol, The Philosophy of Andy Warhol 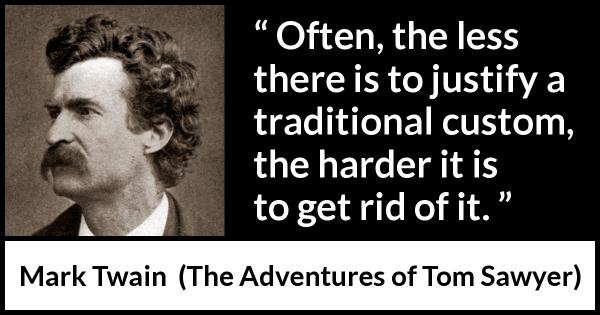 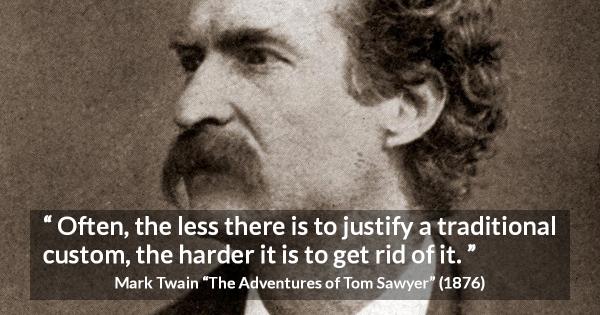 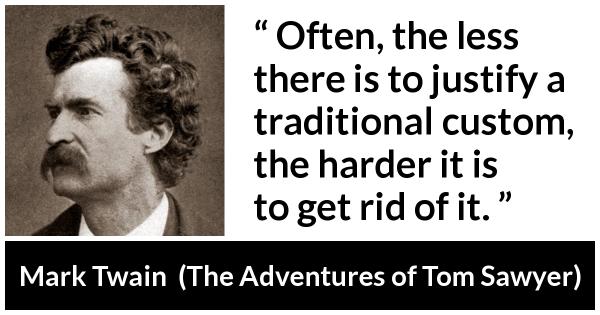 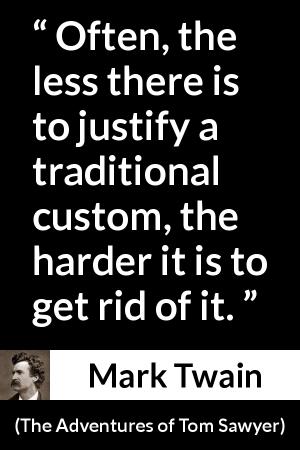 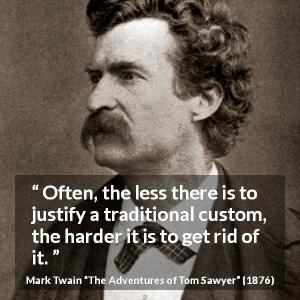 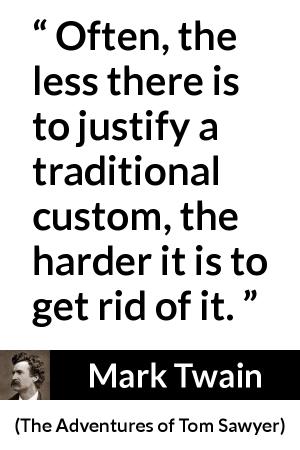