“ Presently it occurred to him that he wished he was sick; then he could stay home from school. ”
Mark Twain, The Adventures of Tom Sawyer (1876). copy citation

“Monday morning always found him so—because it began another week's slow suffering in school. He generally began that day with wishing he had had no intervening holiday, it made the going into captivity and fetters again so much more odious.
Tom lay thinking. Presently it occurred to him that he wished he was sick; then he could stay home from school. Here was a vague possibility. He canvassed his system. No ailment was found, and he investigated again. This time he thought he could detect colicky symptoms, and he began to encourage them with considerable hope.” source

“I would give up all the sick days I had left for a few healthy ones.” John Green, The Fault in Our Stars

“He thought that he was sick in his heart if you could be sick in that place.” James Joyce, A Portrait of the Artist as a Young Man

“He resolved to lie awake until the hour was passed; and, considering that he could no more go to sleep than go to Heaven, this was perhaps the wisest resolution in his power.” Charles Dickens, A Christmas Carol 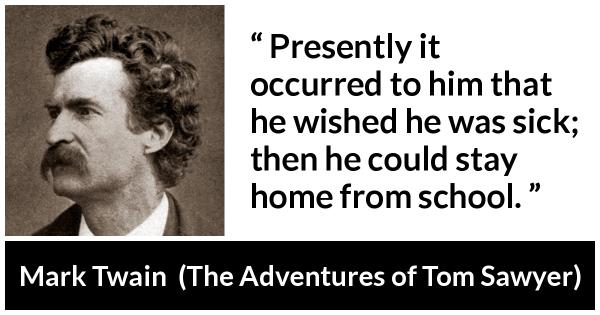 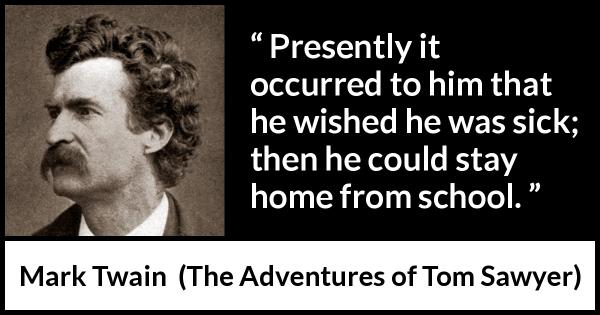 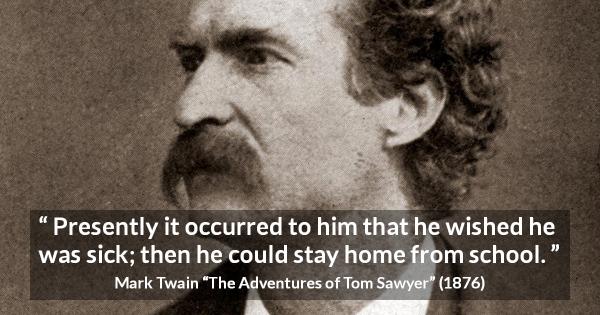 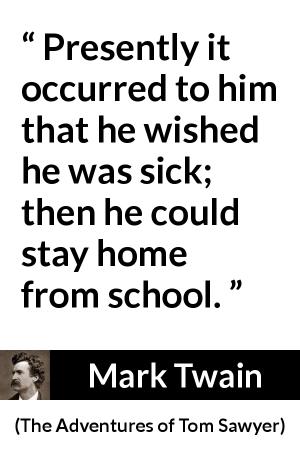 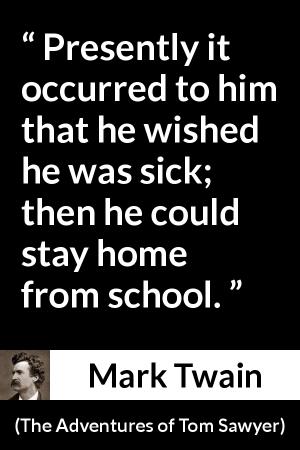 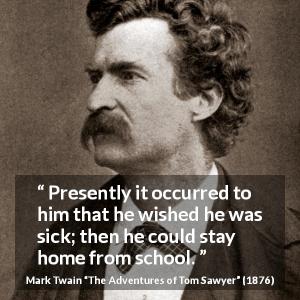