“"But suppose, Harry, I became haggard, and old, and wrinkled? What then?"
"Ah, then," said Lord Henry, rising to go, "then, my dear Dorian, you would have to fight for your victories. As it is, they are brought to you. No, you must keep your good looks. We live in an age that reads too much to be wise, and that thinks too much to be beautiful. We cannot spare you. And now you had better dress and drive down to the club. We are rather late, as it is."
"I think I shall join you at the opera, Harry. I feel too tired to eat anything. What is the number of your sister's box?"” source

“When we read too fast or too slowly, we understand nothing.” Blaise Pascal, Pensées

“As a general rule, people, even the wicked, are much more naïve and simple-hearted than we suppose. And we ourselves are, too.” Fyodor Dostoyevsky, The Brothers Karamazov 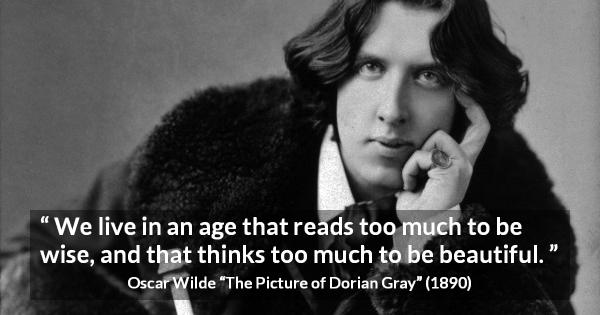 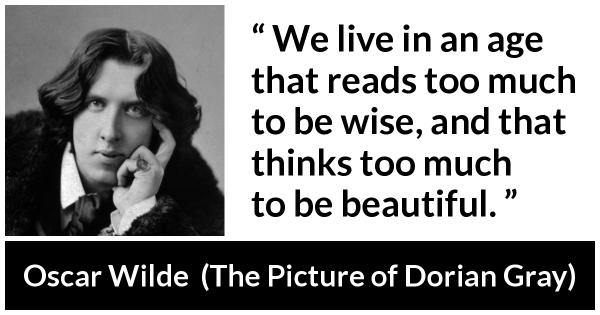 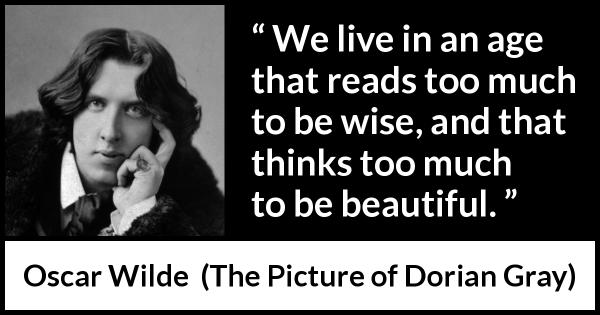 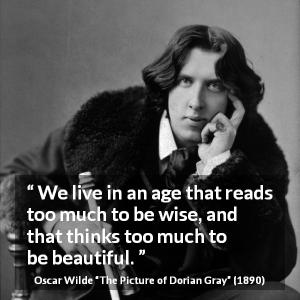 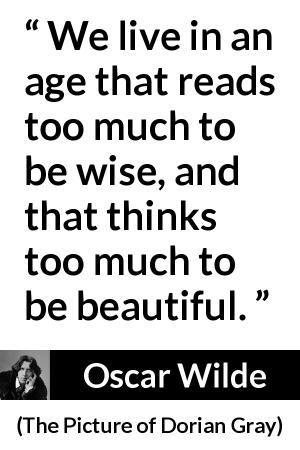 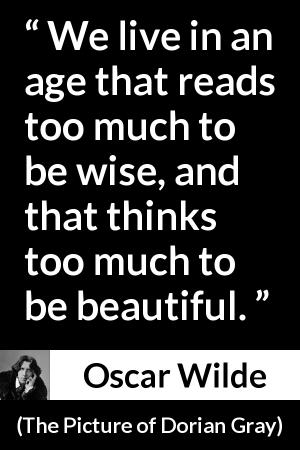