“ I don't believe there's an atom of meaning in it. ”
Lewis Carroll, Alice's Adventures in Wonderland (1865). copy citation

“'That's the most important piece of evidence we've heard yet,' said the King, rubbing his hands; 'so now let the jury—' 'If any one of them can explain it,' said Alice, (she had grown so large in the last few minutes that she wasn't a bit afraid of interrupting him,) 'I'll give him sixpence. I don't believe there's an atom of meaning in it.'
The jury all wrote down on their slates, 'She doesn't believe there's an atom of meaning in it,' but none of them attempted to explain the paper.
'If there's no meaning in it,' said the King, 'that saves a world of trouble, you know, as we needn't try to find any.” source

“I don't exactly know what I mean by that, but I mean it.” J. D. Salinger, The Catcher in the Rye

“I don't know the meaning of half those long words, and, what's more, I don't believe you do either!” Lewis Carroll, Alice's Adventures in Wonderland

“I always find it more difficult to say the things I mean than the things I don't.” W. Somerset Maugham, The Painted Veil

“I cannot discover that any contemporary physicist or chemist believes in the real indivisibility of atoms, or in an interatomic matterless vacuum.” Thomas Henry Huxley, The Advance of Science in the Last Half-Century 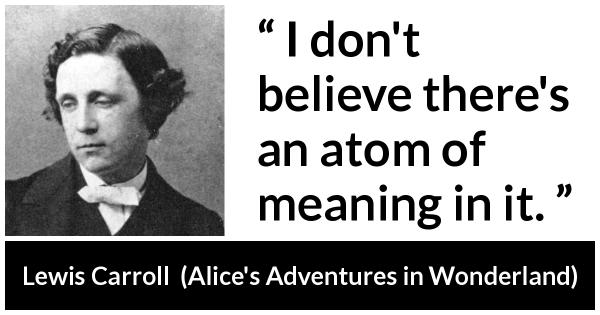 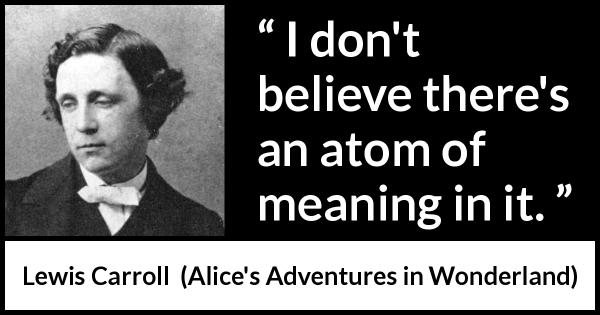 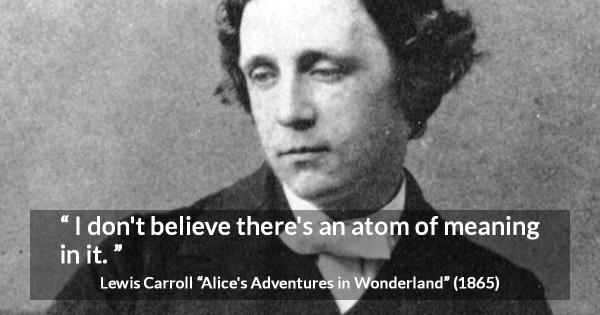 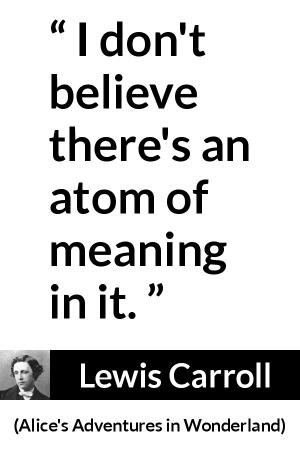 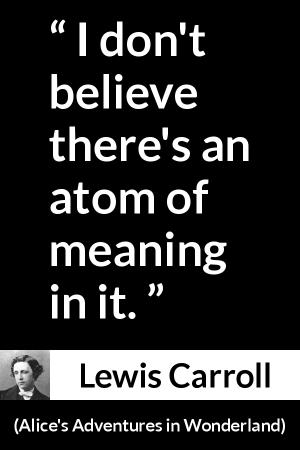 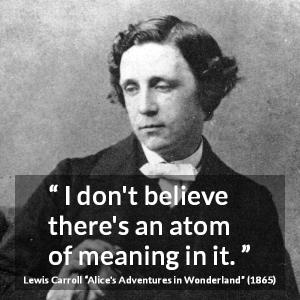