“Thus in the very act of trying to prove that God did not exist—in other words, that the whole of reality was senseless—I found I was forced to assume that one part of reality—namely my idea of justice—was full of sense. Consequently atheism turns out to be too simple. If the whole universe has no meaning, we should never have found out that it has no meaning: just as, if there were no light in the universe and therefore no creatures with eyes, we should never know it was dark. Dark would be a word without meaning.
2 THE INVASION Very well then, atheism is too simple. And I will tell you another view that is also too simple. It is the view I call Christianity-and-water, the view which simply says there is a good God in Heaven and everything is all right—leaving out all the difficult and terrible doctrines about sin and hell and the devil, and the redemption.” source

“The universe is transformation: life is opinion.” Marcus Aurelius, Meditations

“There are darknesses in life, and there are lights. You are one of the lights.” Bram Stoker, Dracula

“Growth is life, and life is for ever destined to make for light.” Jack London, White Fang

“So long as the universe had a beginning, we could suppose it had a creator. But if the universe is really completely self-contained, having no boundary or edge, it would have neither beginning nor end: it would simply be. What place, then, for a...” Stephen Hawking, A Brief History of Time

“To the untrue man, the whole universe is false,—it is impalpable,—it shrinks to nothing within his grasp.” Nathaniel Hawthorne, The Scarlet Letter

“Men’s lives have meaning, not their deaths.” George R. R. Martin, A Dance with Dragons 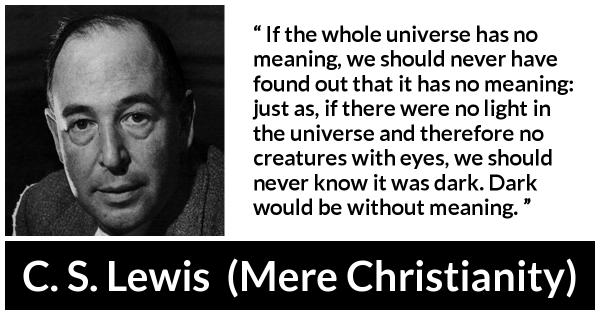 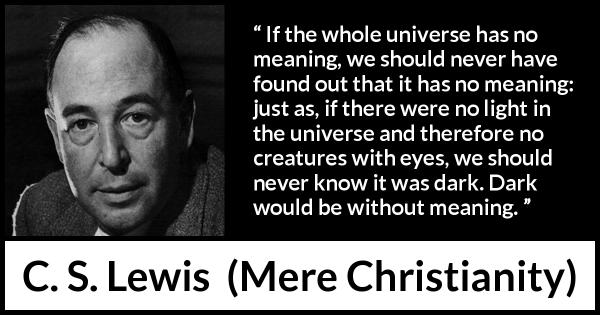 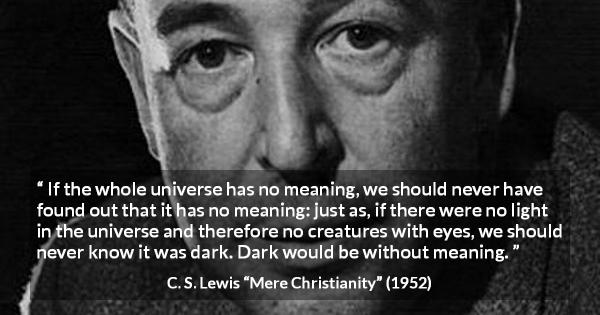 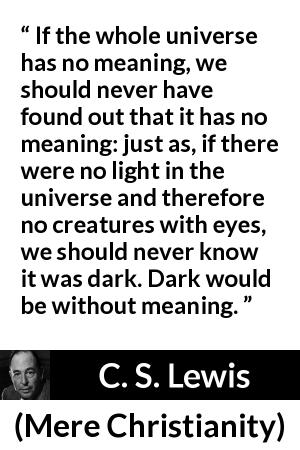 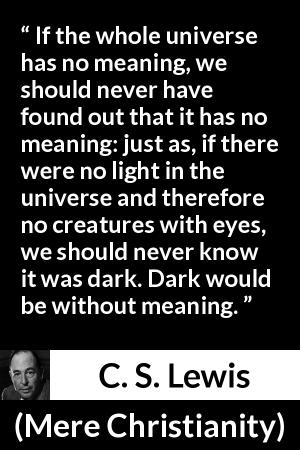 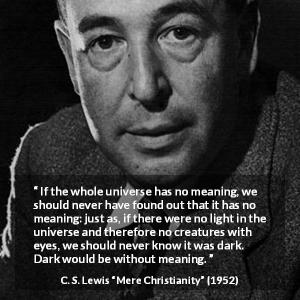