“Brother, from the age of doublethink — greetings!
He was already dead, he reflected. It seemed to him that it was only now, when he had begun to be able to formulate his thoughts, that he had taken the decisive step. The consequences of every act are included in the act itself. He wrote:
Thoughtcrime does not entail death: thoughtcrime IS death.
Now he had recognized himself as a dead man it became important to stay alive as long aspossible. Two fingers of his right hand were inkstained.” source

“if you knew in advance the consequences of your own actions—you’d be doomed. You’d be as ruined as God.” Margaret Atwood, The Blind Assassin

“In short, Beauty Smith was a monstrosity, and the blame of it lay elsewhere. He was not responsible. The clay of him had been so moulded in the making.” Jack London, White Fang 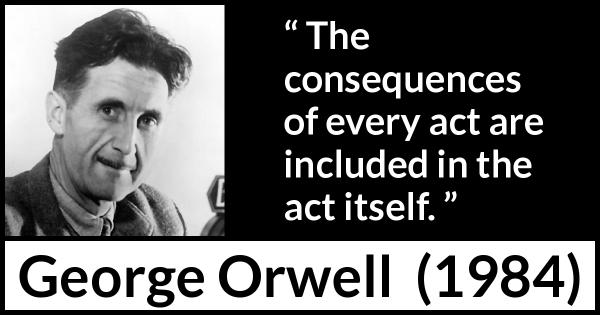 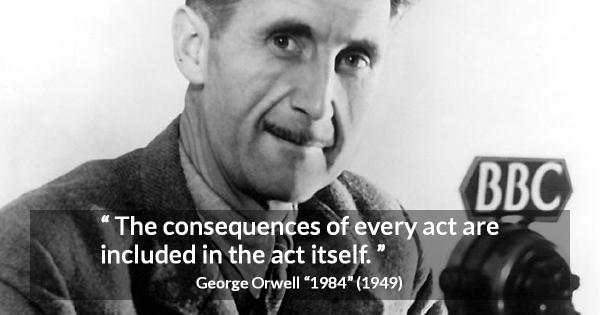 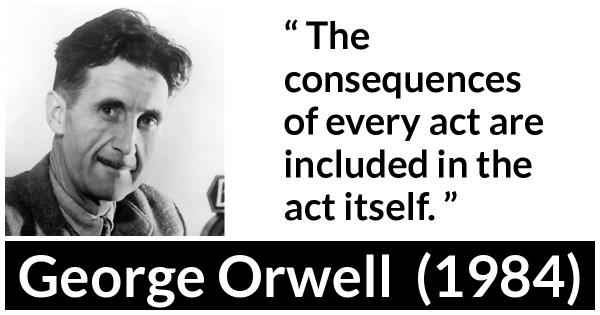 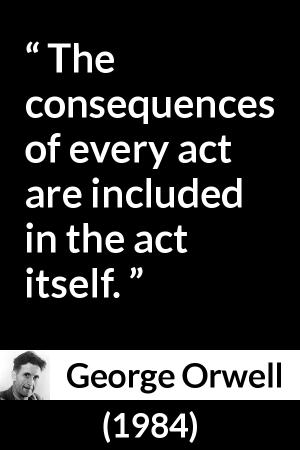 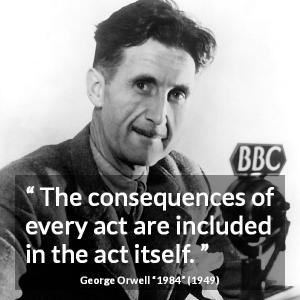 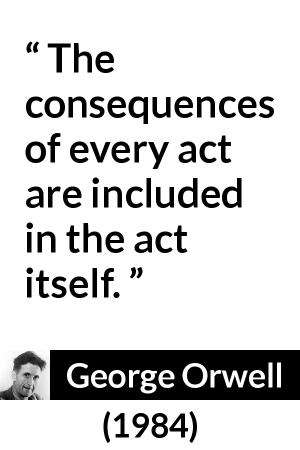