“Were it possible, he should become a child himself, that he may be the companion of his pupil and win his confidence by sharing his games. Childhood and age have too little in common for the formation of a really firm affection. Children sometimes flatter old men; they never love them.
People seek a tutor who has already educated one pupil. This is too much; one man can only educate one pupil; if two were essential to success, what right would he have to undertake the first? With more experience you may know better what to do, but you are less capable of doing it; once this task has been well done, you will know too much of its difficulties to attempt it a second time—if ill done, the first attempt augurs badly for the second.” source
Original quote
“Les enfants flattent quelquefois les vieillards, Mais ils ne les aiment jamais.” Jean-Jacques Rousseau, Émile, ou De l’éducation

“Children begin by loving their parents; as they grow older they judge them; sometimes they forgive them.” Oscar Wilde, The Picture of Dorian Gray

“Where women love each other, men learn to smother their mutual dislike.” George Eliot, Middlemarch

“There are fathers who do not love their children; there exists no grandfather who does not adore his grandson.” Victor Hugo, Les Misérables 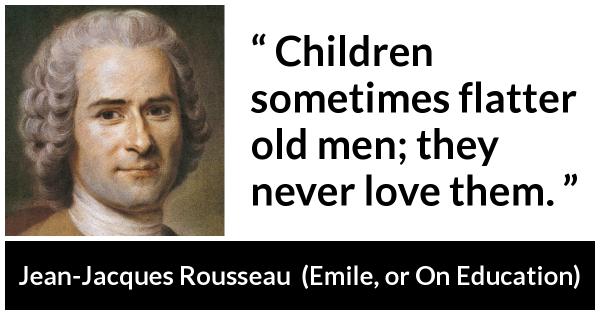 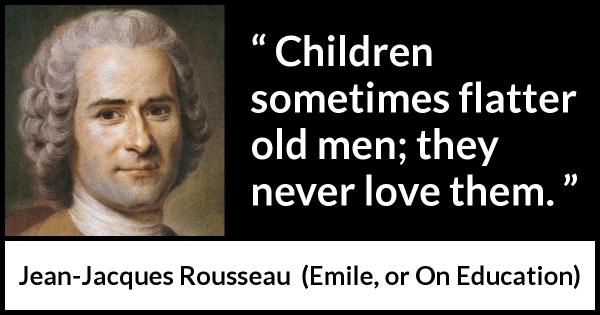 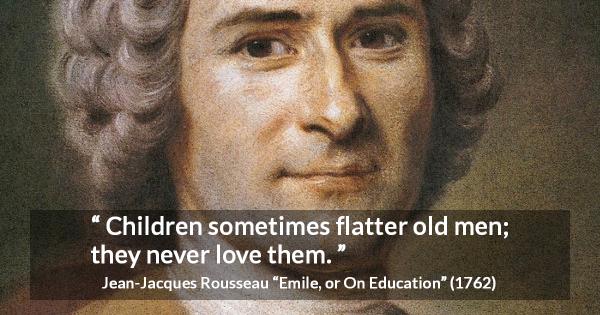 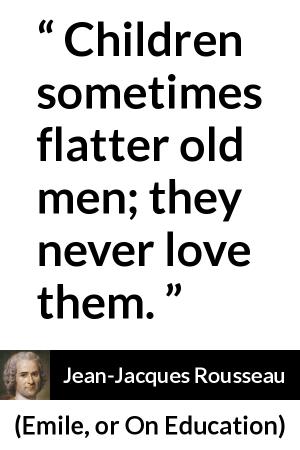 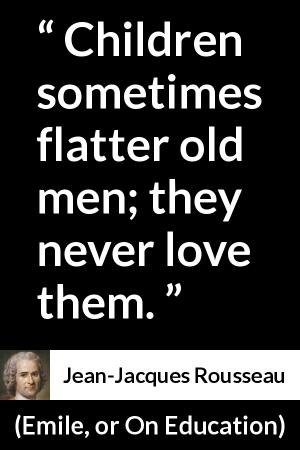 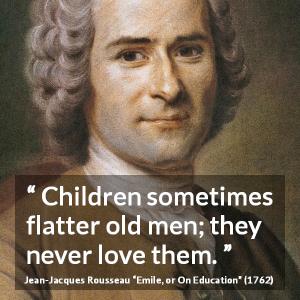