“ Children begin by loving their parents; as they grow older they judge them; sometimes they forgive them. ”
Oscar Wilde, The Picture of Dorian Gray (1890). copy citation

“He was a gentleman, and he hated him for that, hated him through some curious race-instinct for which he could not account, and which for that reason was all the more dominant within him. He was conscious also of the shallowness and vanity of his mother's nature, and in that saw infinite peril for Sibyl and Sibyl's happiness. Children begin by loving their parents; as they grow older they judge them; sometimes they forgive them.
His mother! He had something on his mind to ask of her, something that he had brooded on for many months of silence. A chance phrase that he had heard at the theatre, a whispered sneer that had reached his ears one night as he waited at the stage-door, had set loose a train of horrible thoughts.” source

“The more boring the child is, the more the parents, when showing off the child, receive adulation for being good parents — because they have a tame child-creature in their house.” Frank Zappa, The Real Frank Zappa Book

“If children were brought into the world by an act of pure reason alone, would the human race continue to exist? Would not a man rather have so much sympathy with the coming generation as to spare it the burden of existence? or at any rate not...” Arthur Schopenhauer, Studies in Pessimism

“As we age, we become our parents; live long enough and we see faces repeat in time.” Neil Gaiman, The Ocean at the End of the Lane

“All grown-ups were once children—although few of them remember it.” Antoine de Saint-Exupéry, The Little Prince

“Children are a perpetual, self-renewing underclass, helpless to escape from the decisions of adults until they become adults themselves.” Orson Scott Card, Ender's Game 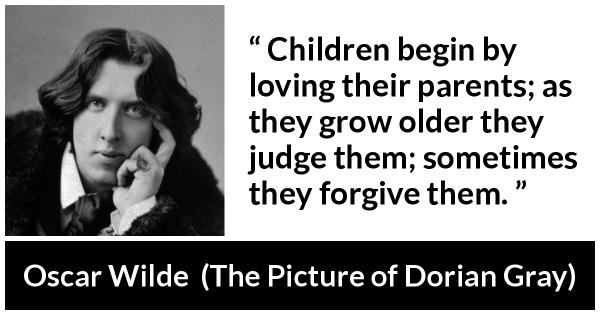 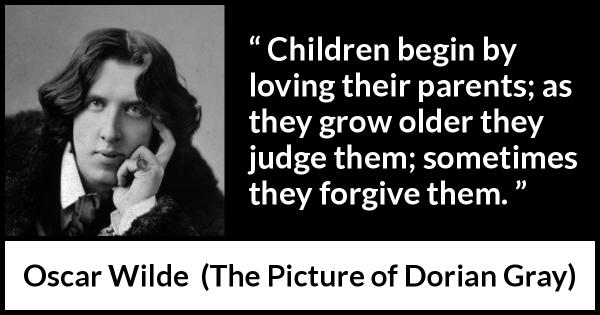 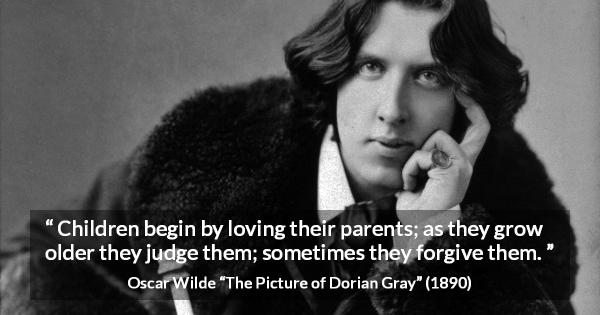 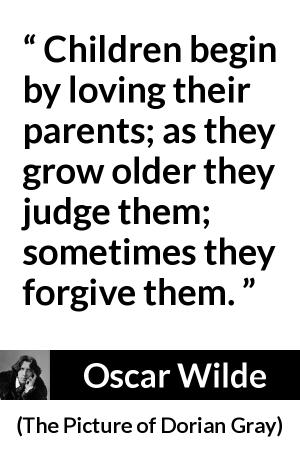 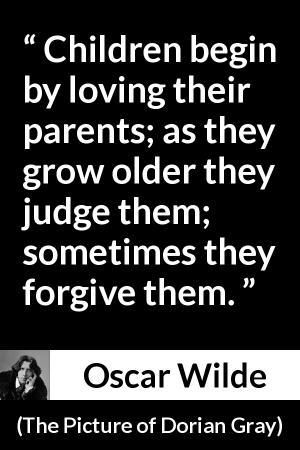 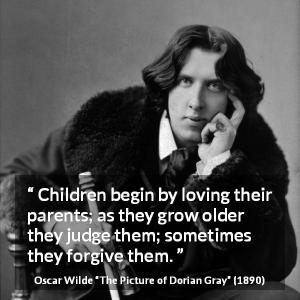