“ there is no more dreadful punishment than futile and hopeless labor. ”
Albert Camus, The Myth of Sisyphus (1942). copy citation

“Not the divine fable that amuses and blinds, but the terrestrial face, gesture, and drama in which are summed up a difficult wisdom and an ephemeral passion.
The Myth of Sysiphus The gods had condemned Sisyphus to ceaselessly rolling a rock to the top of a mountain, whence the stone would fall back of its own weight. They had thought with some reason that there is no more dreadful punishment than futile and hopeless labor. If one believes Homer, Sisyphus was the wisest and most prudent of mortals. According to another tradition, however, he was disposed to practice the profession of highwayman. I see no contradiction in this.” source
Original quote
“il n'est pas de punition plus terrible que le travail inutile et sans espoir.” Albert Camus, Le Mythe de Sisyphe

“A fate is not a punishment.” Albert Camus, The Myth of Sisyphus

“The most durable monument of human labor is that which recalls the wretchedness and nothingness of man.” Alexis de Tocqueville, Democracy in America

“Use every man after his desert, and who should scape whipping?” William Shakespeare, Hamlet 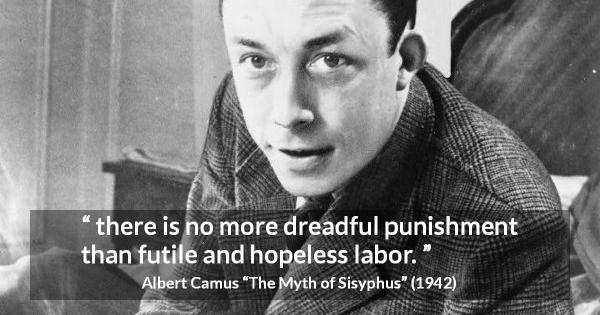 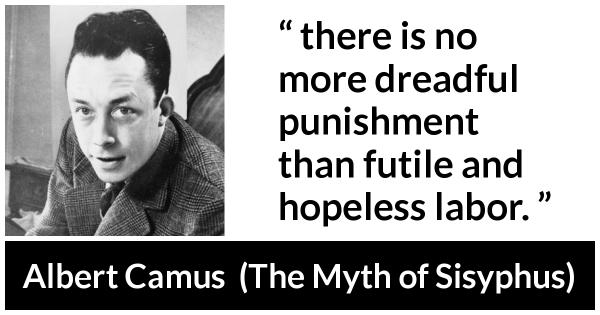 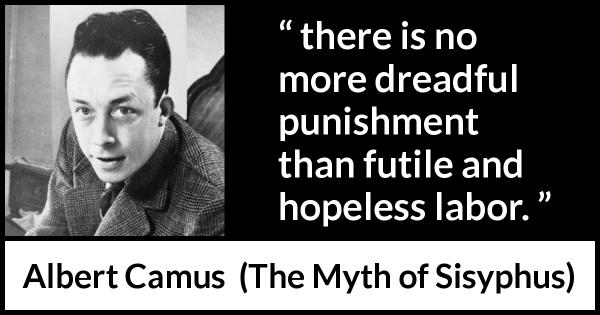 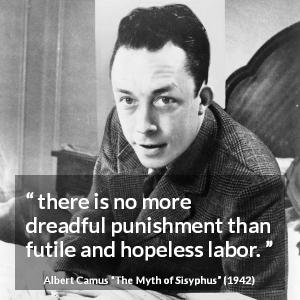 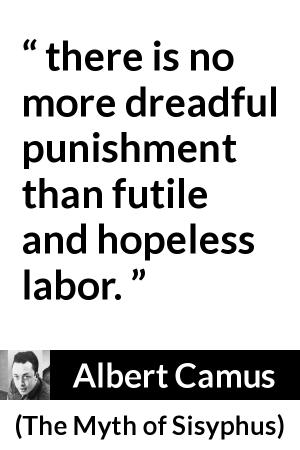 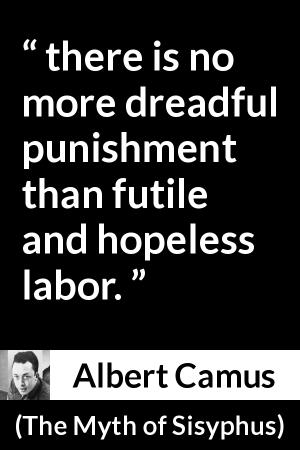