“I suppose the United States will always be unready for war, and in consequence will always be exposed to great expense, and to the possibility of the gravest calamity, when the Nation goes to war. This is no new thing. Americans learn only from catastrophes and not from experience.
There would have been no war in 1812 if, in the previous decade, America, instead of announcing that "peace was her passion," instead of acting on the theory that unpreparedness averts war, had been willing to go to the expense of providing a fleet of a score of ships of the line.” source

“All experience is an arch, to build upon.” Henry Adams, The Education of Henry Adams

“The whole life of an American is passed like a game of chance, a revolutionary crisis, or a battle.” Alexis de Tocqueville, Democracy in America

“But, though all our knowledge begins with experience, it by no means follows that all arises out of experience.” Immanuel Kant, Critique of Pure Reason

“Things that happen are of no importance . . . But from everything that happens, there is a lesson to be learned.” John Steinbeck, Tortilla Flat 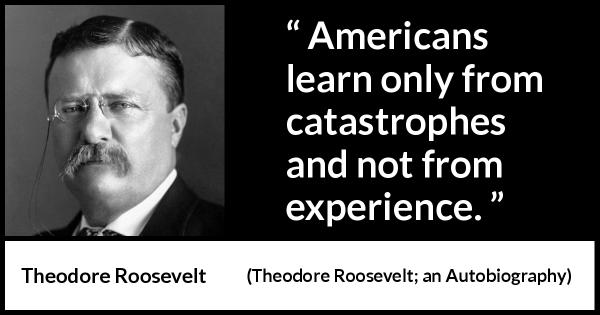 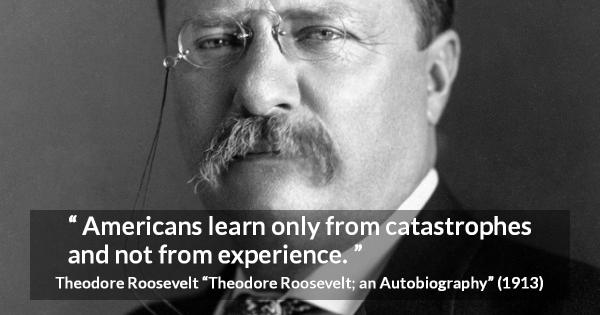 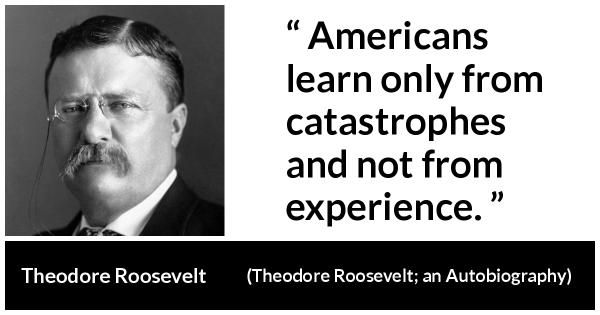 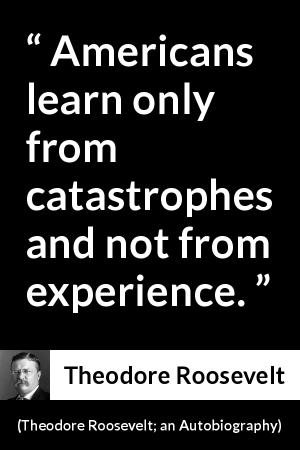 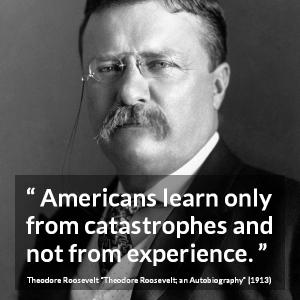 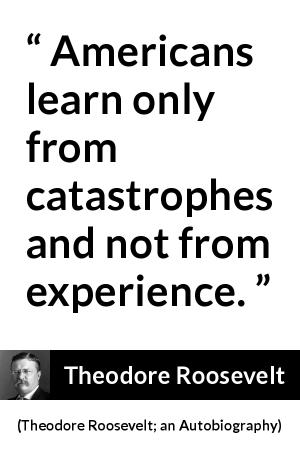